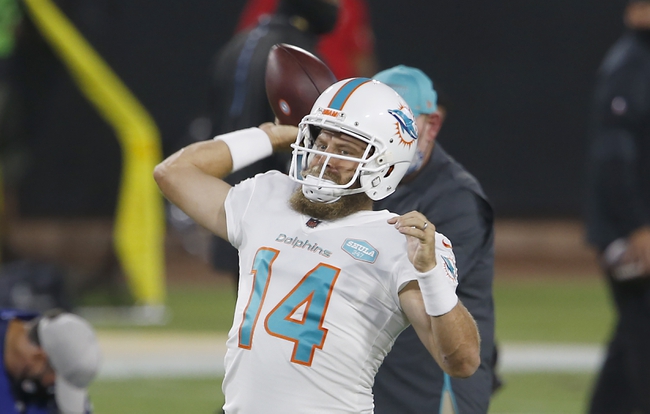 The Miami Dolphins and Seattle Seahawks face off on Sunday in a Week 4 NFL Matchup at Hard Rock Stadium.

It’s only Week 4, but it sure looks like the Seattle Seahawks could be one of the favorites to win the Super Bowl. Coming into this game the Seahawks have won three games in a row and they have covered the spread in each of those three games. The Seahawks already have wins over the Atlanta Falcons, Seattle Seahawks, and the Dallas Cowboys. In each of the three games Seattle has scored at least 35 points. Russell Wilson has the start of the show and coming into this game he has thrown for 925 yards, 14 touchdowns, and one interception. On defense the Seahawks could use some improvement and coming into this game they are giving up 28.7 points. One big thing to watch getting closer to game time is if Chris Carson is going to be able to go as he deals with a first-degree knee sprain.

On the other side of this matchup is the Miami Dolphins who lost their first two games of the season before winning their last game against the Jacksonville Jaguars. After the offense struggled in the first game, the Dolphins offense has looked a lot better each of the last two games. In the Dolphins last game against the Jaguars, Ryan Fitzpatrick looked good throwing for 160 yards and two touchdowns. Fitzpatrick added a touchdown on the ground. In this game the Dolphins need their defense to play like they did in their last game, not how they have looked in the first two games.

The Seahawks are the better team and their offense is going to fly high again in this game. Look for the Dolphins to have no chance to keep up, and that will lead to the Seahawks winning this game and covering the spread.