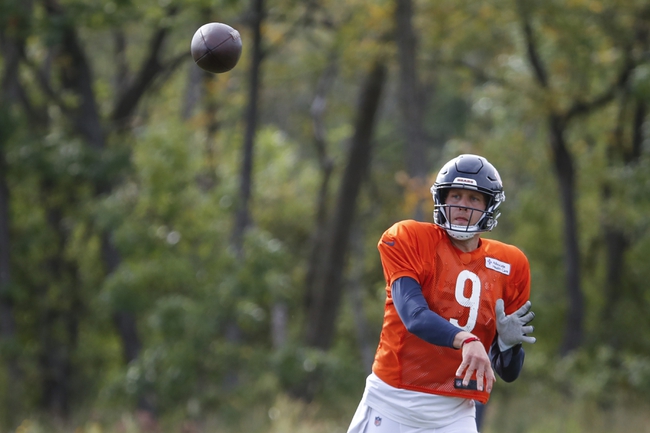 Week 4 of the NFL season is shaping up to be filled with upsets. I have identified a couple of underdogs that are in a good position to pull off the upset and put plus money in your pocket.

The Chicago Bears are in a great spot to pull off the big upset over the Indianapolis Colts on Sunday. The Bears currently sit with a 3-0 record and they have the player they want under center, Nick Foles. Nick Foles looked good after taking over for Mitchell Trubisky in the last game. Foles threw for 186 yards, three touchdowns, and one interception. This is a Colts defense that struggled against Gardner Minshew a couple of weeks ago, and in this game the Bears offense is going to light them up. Back the Bears to pull off the upset.

The Jacksonville Jaguars struggled in the last game against the Miami Dolphins but this is a chance for them to bounce back against a Cincinnati Bengals defense that has struggled this season. In the previous two games, Minshew had thrown three touchdowns. This is a Bengals defense that also struggles against the run giving up 181.7 points per game. Look for the Jaguars to control the tempo of this game with their run game, and they will pull off the upset.

The Philadelphia Eagles have no doubt struggled this season, but when Carson Wentz is on his game, he is impressive. The San Francisco 49ers are also still really banged up including Jimmy Garoppolo who will be out. Nick Mullens did look good in the last game but that was against the New York Giants. Playing against the Philadelphia Eagles is going to be a little different and there is too much value here with the Eagles as big underdogs. If the Eagles don’t win this game there could be talk about major changes happening so there is going to be a lot of urgency in this game. Bet this one small, but +290 is too much to pass up.