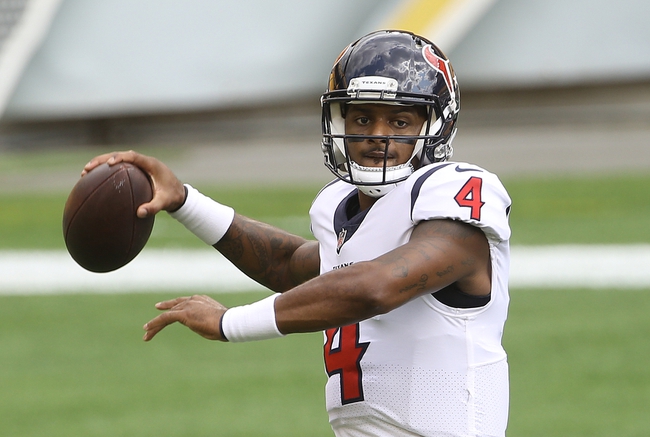 Week 4 of the NFL season looks to be filled with plenty of chances to make big money on parlay bets.

I have locked in on a couple of games that are going to go our way to cash out big.

All of the plays in this one are money line plays. The Houston Texas face off with the Minnesota Vikings who have really struggled this season. The Vikings are also at a big disadvantage because they haven’t had a full week to practice because of the positive tests of the Tennessee Titans. Deshaun Watson is going to have a big game against a struggling Vikings secondary.

The Miami Dolphins are fighters, but the Seattle Seahawks are the more talented and Russell Wilson is going to have a big game.

The Las Vegas Raiders are underdogs but they are at home and are going to find success against the Buffalo Bills. The Bills almost blew their last game against the Los Angeles Rams, and if it wouldn’t have been for a gift penalty they probably would have lost. Look for Derek Carr to have a big game.

The Chicago Bears are a perfect 3-0 and now they have Nick Foles under center, the better quarterback on the roster. In the comeback in the last game against the Atlanta Falcons, Foles threw for 188 yards and three touchdowns.

The Philadelphia Eagles have struggled this season, but the San Francisco 49ers are still playing without a lot of starters including Jimmy Garoppolo. Look for Carson Wentz to step up in this game, and help the Eagles cover the spread.

The Cardinals struggled in their last game but Kyler Murray is the better quarterback in this game and he is going to step up in this game.

The Detroit Lions defense isn’t great and slowing down the Saints running backs is going to be an issue in this game. The Lions led by Matthew Stafford will also find enough offensive success to put this game over the total.

The Jaguars defense isn’t great, but Joe Burrow is still young and he is going to be inconsistent in this game. 23-20 will be about the final score, and this game is going to stay under the total.