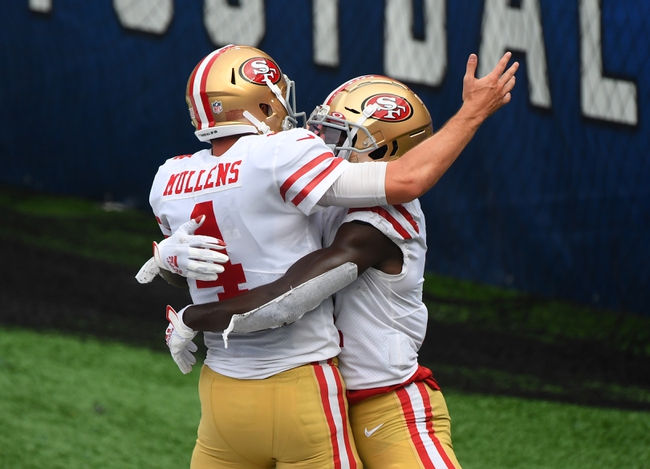 The Philadelphia Eagles will travel to Levi’s Stadium to take on the San Francisco 49ers this Sunday night in NFL action.

The Philadelphia Eagles improved to 0-2-1 on the season after a 23-all tie agianst the Cincinnati Bengals this past Sunday. Philadelphia fought back after trailing by a 23-16 margin late in the 4th to force OT on a Carson Wentz 7-yard TD run, however, the Eagles committed a tough offsides penalty late in OT that took them out of FG range and decided that they would settle for the tie. Philadelphia outgained Cincinnati by a 381-304 margin, however, did lose the turnover battle by a 2-0 margin in the tie. Leading the way for the Eagles was RB Miles Sanders who had 95 yards on 18 carries.

On the season, Philadelphia is averaging 19.7 ppg on 363.3 total yards per game (245.7 passing yds/g; 117.7 rushing yds/g). Offensively, Philadelphia is led by RB Miles Sanders who has complied 190 rushing yards and a TD in his two games this season. Sanders is also a threat in the passing game as he has 7 receptions for 48 yards. QB Carson Wentz has been disappointing so far this season as he has completed 59.8% of his passes for 737 yards, 3 TD’s & 6 INT. Wentz can be a threat with his legs as he has 2 rushing TD’s & 74 yards on 12 carries. The top threats in the Philadelphia passing attack have been TE Dallas Goedert (13 rec, 138 yards, TD), Zach Ertz (15 rec, 130 yards, TD), WR DeSean Jackson (10 rec, 121 yards), and Greg Ward (14 rec, 108 yards, TD). Philadelphia will be without Dallas Goedert due to an ankle injury and DeSean Jackson is currently questionable.

The San Francisco 49ers won their 2nd straight game and improved to 2-1 on the season after defeating the New York Giants, 36-9, this past Saturday. San Francisco had a ton of injuries coming into this game as they were missing Jimmy Garoppolo, Raheem Mostert, and George Kittle on the offensive end, however, the 49ers still dominated the Giants on both sides of the ball and had no trouble pulling away after taking a 23-9 lead late in the 3rd quarter. San Francisco outgained New York by a 420-231 margin and won the turnover battle by a 3-0 margin in the victory. Leading the way for the 49ers was QB Nick Mullens who completed 25 of 36 passes for 343 yards and a TD.

San Francisco has been able to pick up a couple of wins despite having more injuries to key players than I can remember, however, I think a lot of it has been due to their competition as they’ve had the luxury of playing two of the worst teams in the NFL in the Jets & Giants. The 49ers schedule continues to look easy as Philadelphia has been one of the biggest disappointments early this season as both the Eagles offense and defense has struggled. San Francisco lost Nick Bosa & Solomon Thomas on the defensive end, however, this is still a strong defense that should have success against a struggling Carson Wentz that could be without two of his top targets (Goedert & Jackson). Overall, as I think either Jimmy Garoppolo or Nick Mullens will be able to have success at home against the Philadelphia defense, I am going to take San Francisco to cover this home spread. Good Luck! 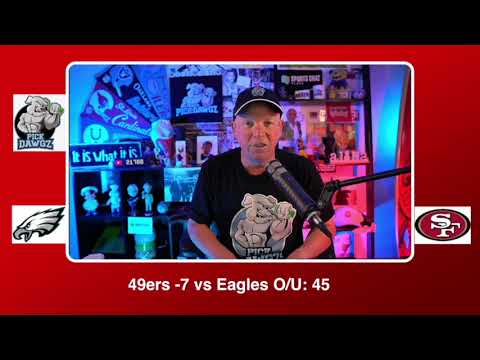