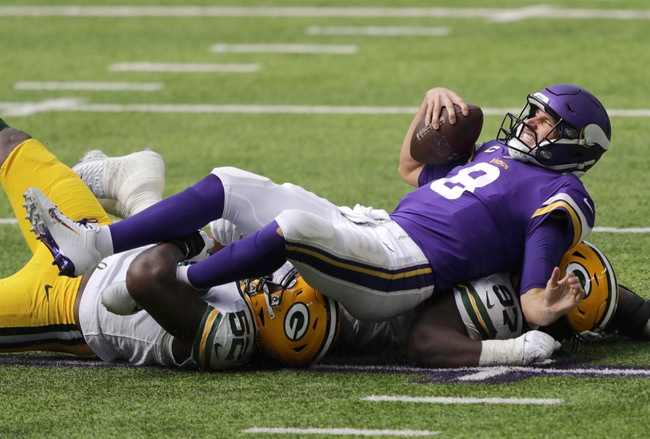 The Minnesota Vikings have been one of the NFL's most surprising teams, and not in a good way. Kirk Cousins and the Vikings are 0-3 to start the season, which is shocking, to say the least. The Vikings' defense has really struggled this season, as Minnesota is allowing an average of 34.0 points per game to the opposition. Quarterback Kirk Cousins has the league's 28th worst QBR so far this season, as he has underperformed extremely (especially when you look at how much he is being paid). The Vikings are coming off a one-point loss to the Tennesee Titans by the final score of 31-30. The Vikings really needed to find a win in that game, but unfortunately for them, they ran into a very hot kicker in Stephen Gostkowski. The Vikings are in a deep hole in the NFC, but all hope is not lost. A win in week four against another 0-3 team could be exactly what the Vikings need to make a comeback this season.

The Houston Texans have had to play arguably the toughest schedule in the league so far this season, as Houston has taken on the Chiefs, Ravens and the Steelers so far in 2020. The Texans are 0-3, as stated before, and are looking for their first win of the season at NRG Stadium. The Texans were defeated by the Pittsburgh Steelers by the final score of 28-21 in week three, but it was a closer game than what the scoreboard may have shown. The Texans have struggled on both sides of the ball this season, as they are only averaging 19.0 points per game while allowing 31.7 to the opposition.

Both teams need a win in this game or their seasons will be all but over. The Vikings are the slimmest of favorites at -1 to open, and I think they are going to win this game on the road. Out of the 0-3 teams, I believe the Vikings have the best chance to overcome adversity and make things happen in the NFC. That all starts with a win here, so I will take the Vikings on the road.