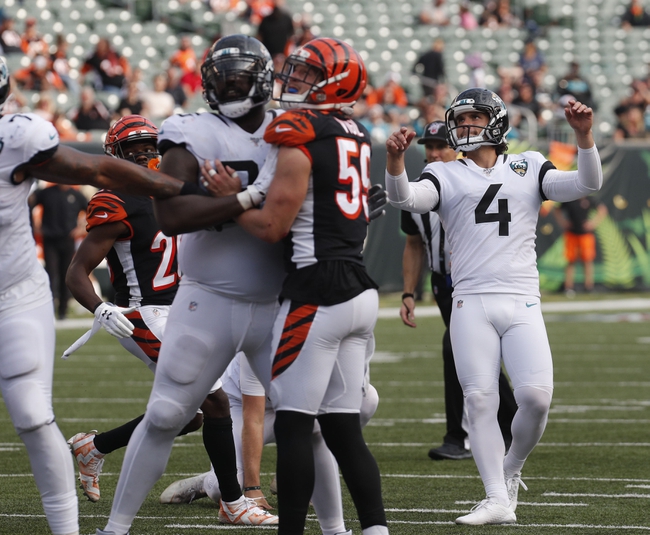 The Jacksonville Jaguars are 1-2 heading into week four of the NFL season. The Jags are coming off a 31-13 loss to the Miami Dolphins at home on Thursday Night Football in week three. Dolphins' quarterback, Ryan Fitzpatrick, took advantage of a thin and inexperienced Jaguars secondary in that game. Fitzpatrick was 18-20 for 160 yards and two passing touchdowns in that game. The Jaguars will have to be sharper on defense in this game against a Bengals team that loves to throw with their #1 overall pick in Joe Burrow. If the Jaguars get caught flat-footed in the secondary as they did against Miami, it could be a long game yet again for the Jaguars. Jacksonville's quarterback, Gardner Minshew, has played well through three weeks of the season. Minshew, however, was not sharp against the Dolphins last week, so he will look for a bounce-back performance in week four.

The Cincinnati Bengals did not add to the losing column in week three against the Eagles, but that does not mean that Joe Burrow earned his first win as a starting quarterback in the NFL. The Bengals and Eagles ended their week three contest in a 23-23 tie. The Bengals played well in that game, as they took advantage of countless mistakes that Carson Wentz and the Eagles made throughout the game. Joe Burrow played well during regulation time, but in overtime, he struggled to get much of anything going for his team on offense. The Bengals are still looking for their first win of the season, as they now sit at 0-2-1 on the year.

The Bengals open as 3.5-point favorites at Paul Brown Stadium in this game. I think the Bengals have what it takes to win this game in an offensive shootout, but I think the best play is on the over here. I see both quarterbacks picking apart the opposition's secondaries quite easily, and I think we will see a back-and-forth game. The total is high at 48, but I still like the over here.