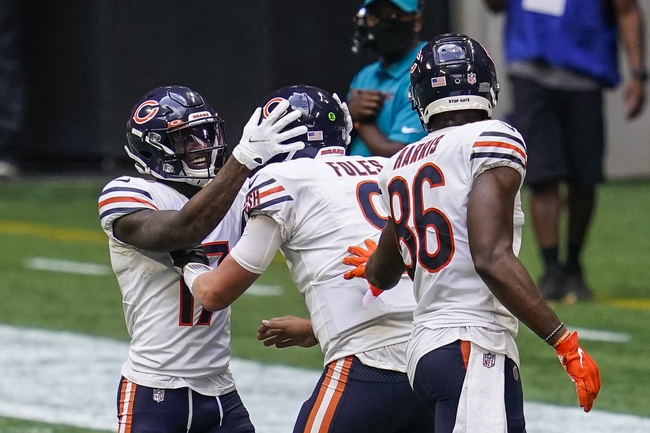 The Indianapolis Colts will travel to Soldier Field to take on the Chicago Bears this Sunday afternoon in NFL action.

The Indianapolis Colts improved to 2-1 on the season after easily defeating the New York Jets, 36-7, this past Sunday. Indianapolis dominated New York on both sides of the ball and had no trouble securing victory after the Colts second pick-six of the day gave Indianapolis a 31-7 lead going into the 4th quarter. Indianapolis outgained New York by a 353-260 margin and won the turnover battle by a 3-0 margin. Leading the way for the Colts was CB Xavier Rhodes who had two INT’s including a TD.

The Chicago Bears stayed perfect on the season, improving to 3-0 on the season, after defeating the Atlanta Falcons, 30-26, this past Saturday. Chicago trailed by a 26-10 margin midway through the 4th quarter, however, veteran QB Nick Foles who replaced Mitchell Trubisky in the 2nd half, led the Bears to the come from behind victory after throwing for 3 TD’s over the final 6:20 of regulation. Chicago outgained Atlanta by a 437-371 margin and committed two turnovers in the victory. Leading the way for the Bears was Nick Foles as he finished the game completing 16 of 29 passes for 188 yards, 3 TD’s, and an INT.

On the season, Chicago is averaging 24.7 ppg on 387.3 total yards per game (249.3 passing yds/g; 138.0 rushing yds/g). Offensively, Chicago has been led by WR Allen Robinson II who had 18 receptions for 230 yards and a TD. Mitchell Trubisky had completed 59.3% of his passes for 560 yards, 6 TD, & 3 INT, however, the starting job will be Nick Foles going forward after his impressive performance in the 2nd half against the Falcons. Chicago lost RB Tarik Cohen to an ACL injury last week, however, still has a solid RB in David Montgomery who has 191 yards on 43 attempts on the season. The other top receivers for the Bears have been WR Anthony Miller (6 rec, 117 yards, 2 TD), TE Jimmy Graham (10 rec, 103 yards, 3 TD), and Darnell Mooney (8 rec, 93 yards, TD).

Indianapolis is a solid team with an underrated defense, however, this is still a team that I have question marks when their playing on the road, especially after losing their only road game this season to Jacksonville in week 1. Chicago hasn’t played the toughest competition en route to their perfect 3-0 start, however, their defense is still above average and as I think the Bears offense will be able to put up some points with Foles & Robinson II, I think the play here is to take the home team with the points. Good Luck! 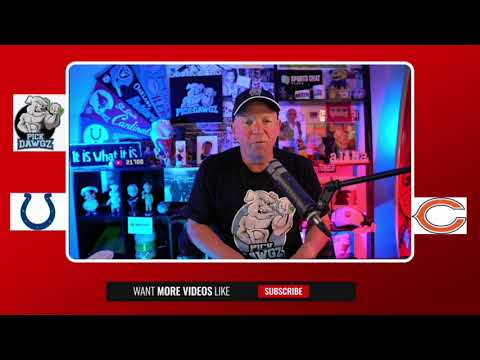