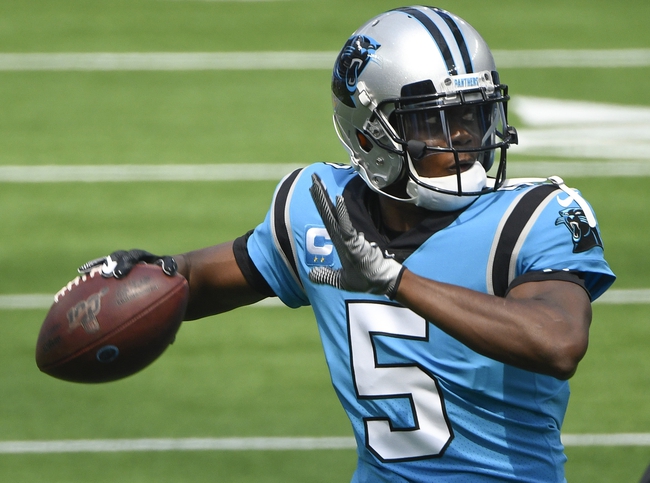 The Arizona Cardinals and Carolina Panthers face off on Sunday in a Week 4 NFL showdown at Bank of America Stadium.

The Cardinals had won their first two games of the season and everything was looking good in their season but then they suffered a shocking loss in their last game against the Detroit Lions. In that game against the Lions Kyler Murray had a bad outing throwing three interceptions. On the season Murray has thrown for 786 yards, four touchdowns, and five interceptions. Murray has also been a major threat with her legs. On the season Arizona is averaging 25.7 points per game while the defense is giving up 20.3 points per game. Wide receiver DeAndre Hopkins has also had a big year catching 32 passes for 356 yards and one touchdown. In this game it’s going to be about the offense not turning the ball over. If Murray struggles they could be in trouble.

On the other side of this matchup is the Carolina Panthers who lost their first two games of the season before winning their last game against the Los Angeles Chargers. In the first two games of the season the defense was terrible, but against the Chargers they gave up only 16 points and that led to a victory. So far this season Teddy Bridgewater has thrown for 871 yards, two touchdowns, and two interceptions. One big problem for this team going forward is they need to replace Christian McCaffery. In the last game, Mike Davis rushed for 46 yards and also had 45 yards receiving. On the season the Panthers are averaging 22.7 points while giving up 27 points per game.

The Panthers looked better in the last game and with the Cardinals going on the road, I don’t trust them. Look for Murray to struggle in this game with his turnovers and that will keep the Panthers close. Look for Carolina to cover the spread.