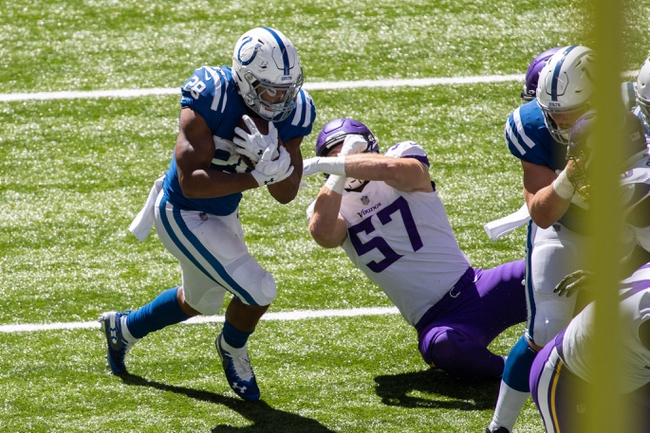 The New York Jets will travel to Lucas Oil Stadium to take on the Indianapolis Colts this Sunday afternoon in NFL action.

The New York Jets dropped to 0-2 on the season after being defeated by the San Francisco 49ers, 31-13, this past Sunday. New York had no answers on either end of the ball early in this one, falling behind by a 21-3 margin by halftime and despite the 49ers losing a bunch of key starters due to injury, the Jets could never make it a game in the 2nd half. New York was outgained by San Francisco by a 359-277 margin in the loss. Leading the way for the Jets was QB Sam Darnold who completed 21 of 32 passes for 179 yards and a TD.

On the season, New York is averaging 15.0 ppg on 275.0 total yards per game (78.0 rushing yds/g; 197.0 passing yds/g). Offensively, New York has been led by QB Sam Darnold who has completed 62.7% of his passes for 394 yards, 2 TD, and an INT. RB Le’Veon Bell will be unavailable as he was put on the IR last week due to a hamstring injury. Relacing Le’Veon Bell in the backfield is veteran, Frank Gore, who has 87 rushing yards on 27 attempts on the season. New York was also without their top receiver in Jamison Crowder (7 rec, 115 yds, TD) due to hamstring injury, although he might be back for this one. The other top receivers for the Jets have been Chris Hogan (7 rec, 75 yards), Braxton Berrios (6 rec, 59 yards, TD), Chris Herndon (7 rec, 42 yards), and Breshad Perriman (5 rec, 29 yards).

The Indianapolis Colts improved to 1-1 on the season after defeating the Minnesota Vikings, 28-11, this past Sunday. Indianapolis gave up an early FG to the Vikings, however, the defensive was outstanding the rest of the way and the Colts had no trouble picking up the victory after 28 unanswered points gave Indianapolis a 28-3 lead with 8:47 left in regulation. Indianapolis outgained Minnesota by a 354-175 margin and won the turnover battle by a 3-1 margin. Leading the way for the Colts was Jonathan Taylor who had 101 rushing yards and a TD on 26 carries.

The New York Jets are a mess right now as the offensive is struggling to provide Sam Donald weapons around him while the defense is allowing over 400 total yards per game. Indianapolis had a shocking loss to Jacksonville in Week 1, however, this is a good football team on both sides of the ball, as they showed in their dominant win against Minnesota. This is a bunch of points, however, I don’t see the Jets offense having success agianst an underrated Colts defense as I think both Phillip Rivers & Jonathan Taylor will have big days, I’m taking Indianapolis to cover this large spread. Good Luck! 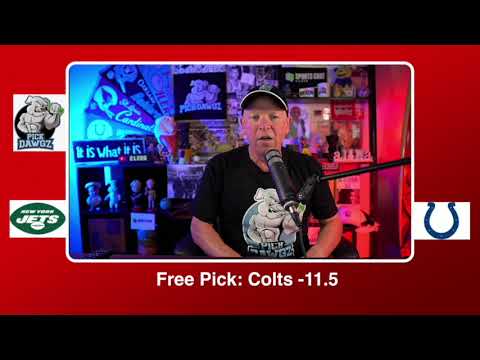