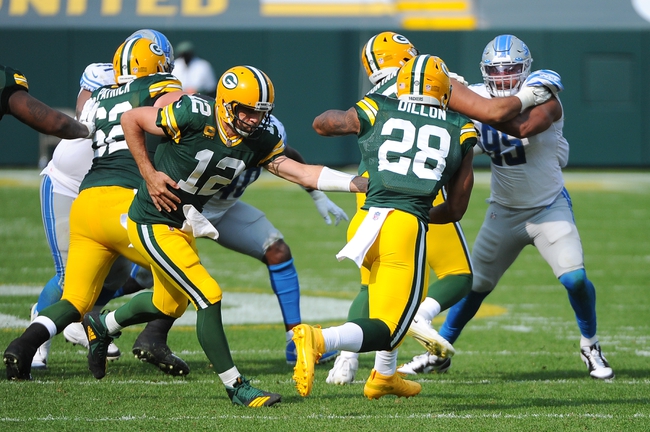 The Green Bay Packers have been nothing shy of dominant this season, as the Packers are now 2-0 on the year. The Packers took down the Detroit Lions at home by the final score of 42-21, as Green Bay has now scored 40+ points in the first two games of the season. Aaron Rodgers had some question marks connected to him heading into this season, but so far, he has silenced the haters in a big way. The Packers offense has not skipped a beat through the first two weeks of the season, as contributions from almost everyone on the offensive side have been made. The Packers will look to take advantage of a Saints defense that allowed 34 points to the Raiders last week.

The New Orleans Saints were 5.5 point favorites against the Las Vegas Raiders on Monday Night Football in week two. Unfortunately for the Saints, the Raiders had other plans in their Vegas debut, as the Raiders upset the Saints by a 34-24 score. Drew Brees and the Saints offense looked great in the first few drives, but the team hit a wall towards the end of the second quarter. The Saints had a 10-0 and 17-7 lead, but the Raiders quickly scored up to 24 unanswered points to take that lead away. The Saints' defense was very sharp in week one against the Buccaneers, but it was a completely different story on Monday Night. Guys like Malcom Jenkins struggled mightily, especially when it came to defending the beast that is tight-end Darren Waller. The Saints will have to figure out their issues in the secondary in time for this game against Green Bay, or else Aaron Rodgers will rip them to shreds.

I am not too worried about the Saints long-term, as I think their play on Monday Night was more than likely a fluke. I do, however, think that the Packers are the real deal this season. Rodgers is on a roll, and when he is on fire, you cannot go against him. I will take the Packers and the points on the road in this one.