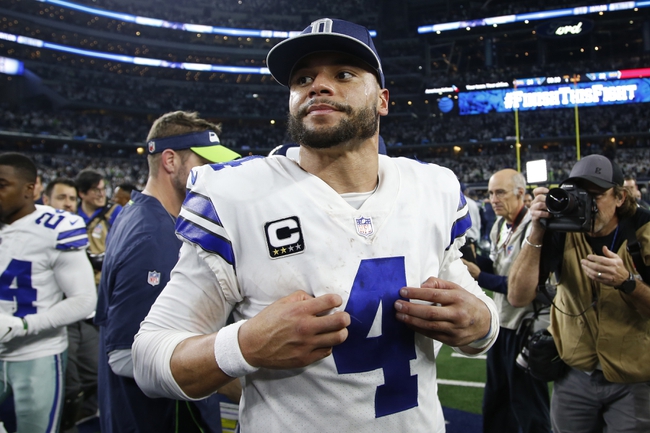 The Dallas Cowboys will travel to CenturyLink Field to take on the Seattle Seahawks this Sunday afternoon in NFL action.

The Dallas Cowboys improved to 1-1 on the season after an incredible 40-39 victory over the Atlanta Falcons this past Sunday. Dallas trailed 20-0 at the end of the 1st quarter and by a 39-24 margin with just 7:57 left in regulation, however, the Cowboys put together two quick TD drives to make it a one-possession game and after an outstanding onside kick, the Cowboys completed the comeback after making a 46-yard FG as time expired. Dallas outgained Atlanta by a 570-380 margin, however, did commit 3 turnovers in the victory. Leading the way for the Cowboys was QB Dak Prescott who completed 34 of 47 for 450 yards and a TD while also adding three rushing TD’s.

The Seattle Seahawks improved to 2-0 on the season after defeating the New England Patriots, 35-30, this past Sunday night. In an exciting back-and-forth battle Seattle was able to take a 35-23 lead late in the 4th quarter and held on to win after an incredible goal line stand against a Cam Newton QB sneak as time expired. Seattle was outgained by New England by a 464-429 margin and committed one turnover in the victory. Leading the way for the Seahawks was QB Russell Wilson who completed 21 of 28 passes for 288 yards, 5 TD’s, and an INT.

Seattle is one of the better teams in all of the NFL and arguably have the best player in the NFL in Russell Wilson who has been unreal in his first two games this season. As dangerous as the Seattle offense can be, Dallas has some great weapons of their own and showed in their comeback victory against Atlanta that they can put up points in bunches. Seattle is the better overall team, however, their defense certainly has some question marks in the passing game and although you never know what to expect from the Cowboys, I think Dak Prescott and the offense do enough in this one to at worst, cover with the points. Good Luck. 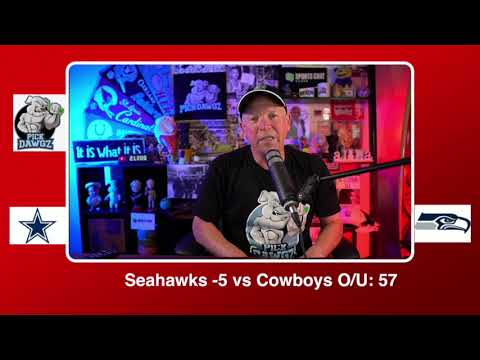