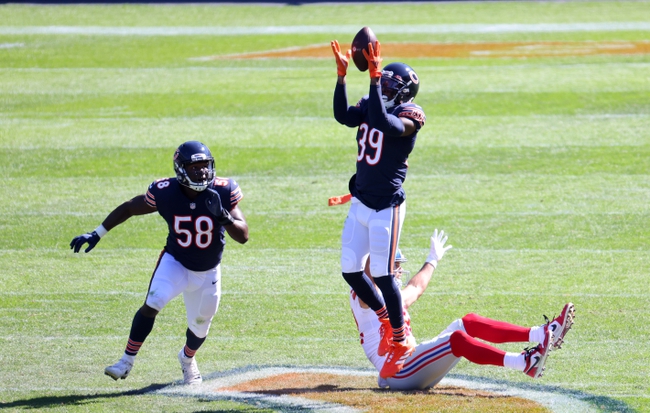 The Chicago Bears are 2-0 after taking down the New York Football Giants by the final score of 17-13. The first two victories for Chicago may not be the prettiest, but the Bears got the job done, nonetheless. The Bears relied on their defense in the win, as the Bears forced two turnovers and earned four sacks for the win. The Bears took a 17-0 lead at halftime, but the Giants managed to mount a comeback in the second half. With Saqoun Barkley out, the Giants scored 13 unanswered points to make things interesting to the very end, but the Bears hung on to their four-point lead. The Bears are now tied for first place in the NFC North with the Green Bay Packers with their 2-0 record. The two teams behind them in the standings; the Lions and Vikings, are both 0-2.

The Atlanta Falcons suffered their most disappointing loss since Super Bowl LI. The Falcons were in the driver's seat for most of their week two matchup with the Dallas Cowboys at AT&T Stadium. With eight minutes left in the fourth quarter and up by 15 points, the Falcons had a 99.3% chance to win according to ESPN. Somehow and someway, the Falcons let the game slip from their fingertips, and the final score was 40-39 Dallas. After the Cowboys scored to make it a one possession game, Dallas tried to recover an onside kick. With the new rules regarding onside kicks, it is even more difficult to recover as the kicking team. The Cowboys recovered the onside kick thanks to numerous Falcons special teams players letting the ball roll instead of picking it up. Greg Zuerlein nailed the game-winning field goal, and the Falcons were stunned. The Falcons have now allowed 78 points combined through their first two games, which is unacceptable in the NFL. If the Falcons want to turn around this season, the defense will have to be a lot sharper, and that starts in week three.