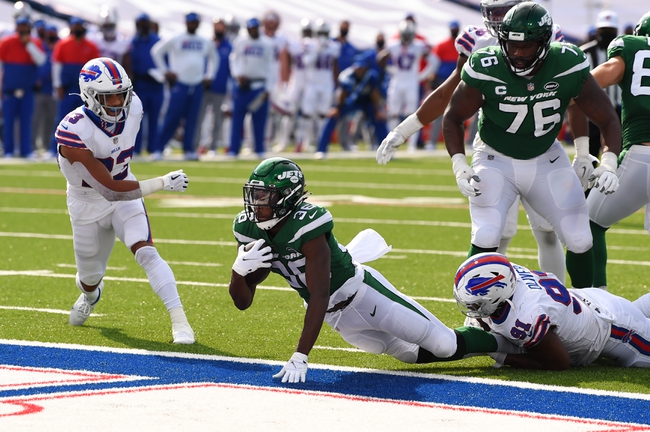 The San Francisco 49ers will travel to MetLife Stadium to take on the New York Jets this Sunday afternoon in Week 2 of NFL action!

The San Francisco 49ers will look to bounce back from their surprising 24-20 loss at home to the Arizona Cardinals in their season opener. The defending NFC champions came out strong and took a quick 10-0 lead after a 76-yard TD reception by Raheem Mostert, however, the offense stalled in the 2nd half allowing the Cardinals to get the come from behind victory. San Francisco was outgained by Arizona by a 404-366 margin and gained only 18 first downs in the loss. Leading the way for the 49ers was Raheem Mostert who accounted for 151 total yards (56 rushing; 95 receiving) and a TD. 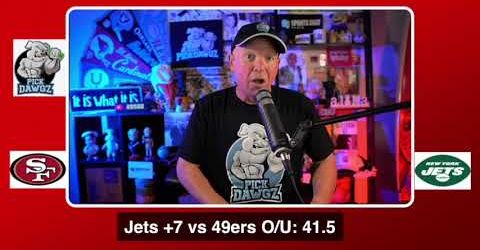 Offensively, San Francisco will need a big season from their QB Jimmy Garoppolo who despite having a good game statistically, struggled coming up with a big play late in the game for the 49ers. Garoppolo finished his season opener completing 19 of 33 passes for 259 yards and 2 TD for a QB rating of 103.0. San Francisco strength on the offense is their running game which will be led by Raheem Mostert who separated himself last year with an outstanding performance in the playoffs. Jerick McKinnon (3 att, 24 yds) & Tevin Coleman (4 att, 18 yds) will have small roles, but at this time, Mostert will be the lead back for the 49ers. George Kittle looked like he was going to have a big game after hauling in 4 receptions for 44 yards early, however, suffered a knee injury which will be worth monitoring this week. The 49ers main targets in both Deebo Samuel and rookie Brandon Aiyuk missed the season opener which led for both Mostert and Kittle being the main receivers for the 49ers against the Cardinals.

San Francisco’s defense should be one of the better defenses in the NFL this season led by Nick Bosa (6 tackles) and Emmanuel Moseley (15 tackles).

The New York Jets was hoping to get their get their 2020 season off on a positive note after a tough offseason, however, New York struggled early and could not fight back in their 27-17 road loss to the Buffalo Bills. Buffalo raced out to a 21-0 lead and New York was never really in it after going into halftime trailing by a 21-3 margin. New York was outgained by a 404-254 margin and committed two turnovers in the loss. Leading the way for the New York Jets was veteran receiver, Jamison Crowder, who had 115 receiving yards and a TD on 7 receptions.

Offensively, New York got a solid game from QB Sam Donald who completed 21 of 35 passes for 215 yards, 1 TD, & 1 INT agianst a tough Buffalo defense on the road. The Jets got solid games from Jamison Crowder & Chris Herndon (6 rec, 37 yards), but will be hoping to get more of a contribution from off-season acquisition Breshad Perriman (3 rec, 17 yards). If New York is going to have any success this season, they will need to get more contributions from their running game which had just 52 yards on the game. Frank Gore (6 att, 24 yards) led the backfield as Le’Veon Bell (6 att, 14 yards) was limited due to an injured hamstring that might keep him out of action for a few weeks. Josh Adams converted a TD run on one of his two carries for the Jets backfield.

Defensively, New York was led by Marcus Maye who not only led the team with 10 tackles, he also had 2 sacks for the Jets.

The San Francisco 49ers are going to be the better team as the season goes on, however, despite how good their defense is, I don’t think I can trust a San Francisco offense that will be making the long trip out east and will be at best be with a banged up George Kittle. New York will most likely be without Le’Veon Bell, but I think Sam Donald and the Jets WR’s will be able to do enough to cover at home with the points against a banged up 49ers team. Good Luck!