The Kansas City Chiefs and Los Angeles Chargers have played in many thrilling contests over the years in the AFC West. This season, the Chiefs are the defending Super Bowl champions, while the Chargers ended the Phillip Rivers era at quarterback. It will be interesting to see how this rivalry takes shape in 2020, and that all starts in week two. 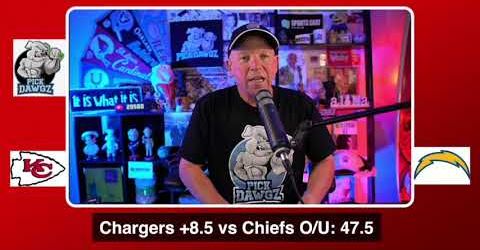 The Kansas City Chiefs took down the Houston Texans by the final score of 34-20 in their season opener on Thursday Night Football. The Chiefs started out slow but quickly picked up the pace after Houston scored first. With the score 7-0 Houston, the Chiefs scored 31 unanswered points to open a huge lead at home. Patrick Mahomes was his usual self, throwing for three touchdown passes in the win. Clyde Edwards-Helaire made his NFL debut in the victory, and he was phenomenal. Edwards-Helaire rushed for 138 yards and a touchdown in his debut, a night he will surely remember. The Chiefs are now 1-0 and will head on the road for the first time this season.

The Los Angeles Chargers took on the new-look Cincinnati Bengals in week one of their season. The Chargers were able to hold #1 overall pick, Joe Burrow, in check for most of the game, as he only managed to throw 193 yards while tossing an interception as well. The Chargers took down the Bengals by the final score of 16-13 in what was a defensive showdown in Cincy. Tyrod Taylor did what he had to in the game, as his final passing line was 16-30 for 208 yards. The Chargers will have to be a lot sharper on offense against the high-flying Chiefs if they stand a chance in this one. Tyrod Taylor only ran the ball six times for seven yards in week one, so I will look for him to get more involved in the run game in week two, as he can be a very dangerous two-way threat as quarterback.

In this game, I am going to take the Chargers and the points. 8.5 points as the home team are too many to pass up on for me. I think the Chargers' defense can do enough in this game to keep it close, and I expect the Chiefs to find a slim victory at the end. Chiefs win and the Chargers cover for me.