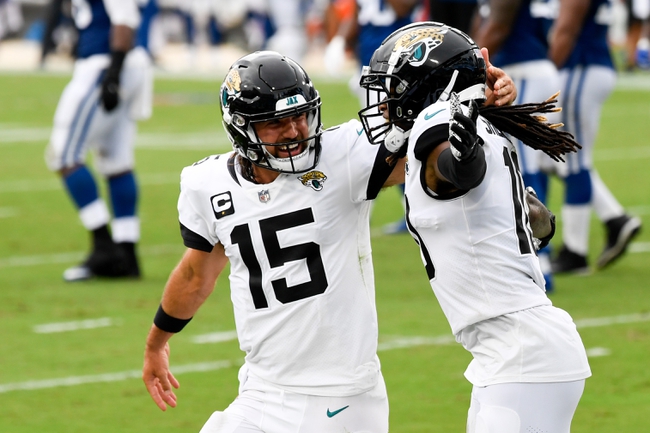 The Jacksonville Jaguars will travel to Nissan Stadium to take on the Tennessee Titans this Sunday afternoon in Week 2 of NFL action.

The Jacksonville Jaguars kicked off their 2020 season in surprising fashion after upsetting the Indianapolis Colts, 27-20, this past Sunday. Jacksonville, who lost a bunch of talent on both ends of the ball during the offseason gave the Colts trouble all day, and was able to hold on the victory after a 22 Yard Keelan Cole TD reception gave the Jaguars a 24-20 lead with 5:56 left in regulation. Jacksonville was outstanding by a 445-221 margin, however, did win the turnover battle by a 2-0 margin in the victory. 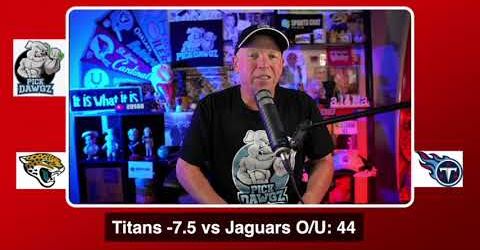 Offensively, Jacksonville was led by QB Gardner Minshew II who completed 19 of 20 passes for 173 yards and 3 TD’s for an incredible QB rating of 142.3. Minshew II did a great job spreading the ball around to his receivers and was led by Keelan Cole Sr. (4 rec, 47 yards, TD), Laviska Shenault Jr. (3 rec, 37 yards, TD), and DJ Chark Jr. (3 rec, 25 yards, TD). Leading the way for the Jacksonville backfield was James Robinson who had 62 rushing yards on 16 carries, while also hauling in a 28-yard reception.

Defensively, Jacksonville gave up a ton of yards through the air but did a nice job overall. Leading the way for the Jaguars defense, was Josh Jones (12 tackles), Myles Jack (11 tackles, 1 sack), and CJ Henderson (5 tackles, 1 INT).

The Tennessee Titans opened up their 2020 season was a solid, 16-14 road victory over the Denver Broncos on Monday Night Football. Tennessee had trouble generating points against Denver, and had major issues in the kicking game as newly acquired Stephen Gostkowski missed three FG’s and an extra point, however, the Titans were able to still get the victory after Gostkowski hit a 25-yard FG with :17 seconds to give the Titans the lead for good. Tennessee outgained Denver by a 377-323 margin and won the turnover battle by a 1-0 margin in the victory.

Offensively, Tennessee was led by QB Ryan Tannehill who completed 29 of 43 passes for 249 yards and 2 TD’s for a QB rating of 97.9. Corey Davis, who was questionable coming into the game, had one of his better NFL performances as he had 101 receiving yards on 7 receptions. Also contributing to the passing game was Adam Humphries (6 rec, 47 yards), A.J. Brown (5 rec, 39 yards), and Jonnu Smith (4 rec, 36 yards, TD). Denver did a nice job of ensuring that Derrick Henry did not beat them, however, even after loading the box, Henry still ended with 116 yards on 31 carries.

Defensively, Tennessee is expected to have one of the better defenses this season, however, have to be disappointed that they did not produce one sack against Drew Lock. Leading the way for the Titans defense was, Kevin Byard (9 tackles), Kenny Vaccaro (6 tackles), and Jayon Brown (5 tackles).

Jacksonville was quite impressive in their victory over Indianapolis and despite losing a bunch of talent in the offseason, I was pretty impressed by the effort on both sides of the ball. Tennessee is the better team, however, this is a team that runs the ball and eats up clock, and generally win close games. Gardner Minshew II does not get the respect he deserves and although I do not see him completed 19 of 20 passes again, I think he can have some success agianst the Titans secondary. Overall, I think Tennessee gets the victory here, but this will be a closer game than people expect, and I think the play here is to take the points with the Jaguars. Good Luck.