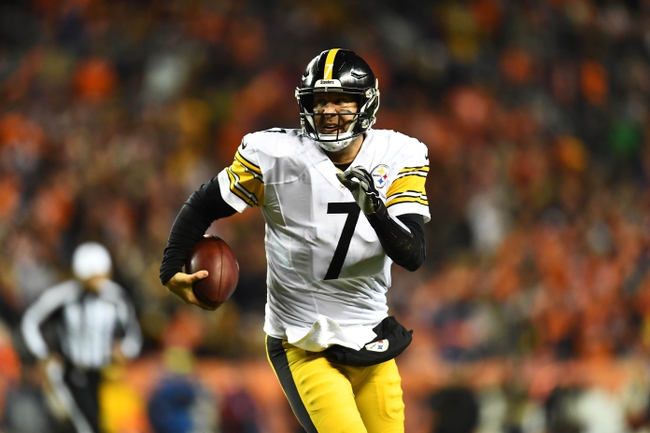 The Denver Broncos will travel to Heinz Field to take on the Pittsburgh Pirates in Week 2 of the NFL action!

The Denver Broncos opened up their season with a tough 16-14 loss to the Tennessee Titans this past Monday night. In a tight, back and forth game in through the first three quarters, Denver was able to take a 14-13 lead with just over nine minutes left in regulation, however, the defense looked a bit tired late in the game and the Titans were able to pull off the victory after Stephen Gostkowski hit a 25-yard FG with just :17 seconds left in regulation. Denver was outgained by Tennessee by a 377-323 margin and lost the turnover battle by a 1-0 margin in the loss.

Offensively, Denver was led by QB Drew Lock who completed 22 of 33 passes for 216 yards and a TD. Lock, who was playing without their leading receiver in Courtland Sutton, had success finding his young targets in Noah Fant (5 rec, 81 yards, TD), Jerry Jeudy (4 rec, 56 yards), and Tim Patrick (4 rec, 29 yards). The Denver backfield was led by Melvin Gordon who had a solid debut for the Broncos, rushing for 78 yards and a TD on 15 carries. Phillip Lindsay, who was planned to share backfield duties with Gordon, rushed for 24 yards on 7 carries before getting injured in the 2nd quarter. Lindsey will have an MRI early this week, however, if he is not able to go, it would be assumed that Melvin Gordon would getting more work in Week 2 with Royce Freeman providing some support.

Defensively, Denver played did a decent job without Von Miller as although Henry rushed for 116 yards, they did hold powerful RB to just an average of 3.7 yards per carry. Leading the way for the defense was Alexander Johnson (12 tackles) and Jeremiah Attaochu (4 tackles, 1 sack).

The Pittsburgh Steelers kicked off their 2020 season with an impressive 26-16 win over the New York Giants this past Monday night. Pittsburgh fell behind early in this one, however, 14 unanswered points in the 2nd quarter gave the Steelers a 16-10 lead at halftime and the Steelers pulled away in the 2nd half after JuJu Smith-Schuster’s 2nd TD of the day gave Pittsburgh a 26-10 lead with 5:23 left in the 4th quarter. Pittsburgh outgained New York by a 349-291 margin and won the turnover battle by a 2-1 margin in the victory.

Offensively, Pittsburgh has to be thrilled to see Ben Roethlisberger back under center and despite looking a bit rusty early on, finished the game completing 21 of 32 passes for 229 yards and 3 TD’s for a QB rating of 117.8. James Conner (6 carries, 9 yards) went down in the 1st half due to an ankle injury, however, Pittsburgh was still able to damage on the ground thanks to Benny Snell who ended up with a 113 yards on 19 carries. Leading the way for the receivers was Juju Smith-Schuster (6 rec, 69 yards, 2 TD), Diontae Johnson (6 rec, 57 yards), Chase Claypool (2 rec, 39 yards), and James Washington (2 rec, 34 yards, TD).

I was impressed by the Denver performance, as although they are dealing with a bunch of injuries on both sides of the ball, the defense was solid, and I was encouraged by the young players on the offensive end. At the same time, although I am encouraged by what the Denver offense will be able to do in the near future, I think going on the road agianst Pittsburgh is going to be a tough challenge. Pittsburgh’s defense should not have much of an issue containing Melvin Gordon and between the fact that I think the Steelers pressure on Drew Lock will create multiple turnovers and that Big Ben looked solid running the Steelers offense, I’m taking Pittsburgh to cover this mid-range spread at home. Good Luck. 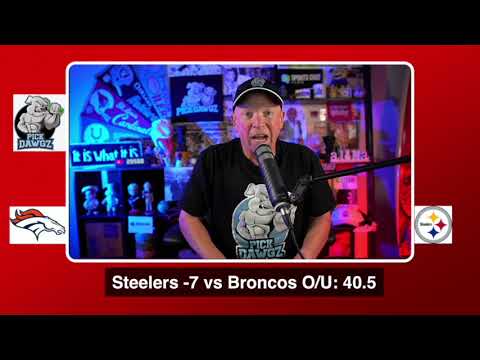