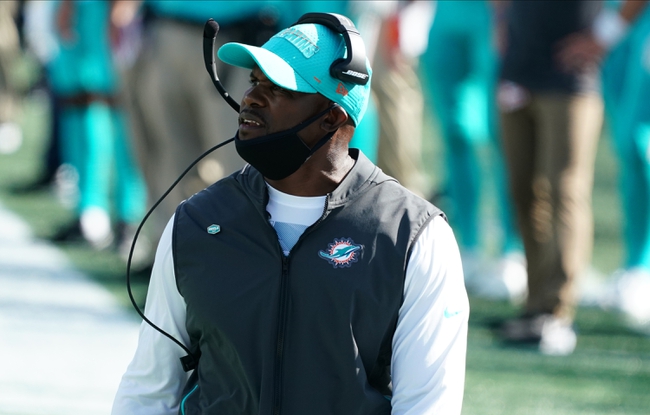 The Buffalo Bills and Miami Dolphins face off on Sunday in an AFC East showdown at Hard Rock Stadium.

The Miami Dolphins opening game of the season was against the New England Patriots, and although the defense wasn’t terrible, they didn’t do enough with their offense to find a way to come away with a victory. The Dolphins lost 21-11 against the Patriots. Ryan Fitzpatrick struggled in the first game throwing for 191 yards and three interceptions. Even though he did struggle, the Dolphins will still be starting him again in this game. On defense, the Dolphins didn’t have trouble against Cam Newton’s arm, but they did struggle to slow down his legs. They are playing another mobile quarterback in this game, so the Dolphins need to do a better job of keeping Josh Allen in the pocket.

On the other side of this matchup is the Bills who had no issue with the Jets in their first game beating them 27-17. Allen found a whole lot of success in the game throwing for 312 yards and two touchdowns. Allen was also the leading rusher in the game putting up 57 yards on the ground and he added another touchdown. The Bills big offseason addition Stefon Diggs found success catching eight passes for 86 yards. On defense, the Jets did find a little more success in the second half with their offense, but overall the Bills offense was strong. The Bills defense was especially strong against the run giving up 52 yards total.

The Bills looked good in their first game, but I expected Fitzpatrick to have a better game in this one and he is going to keep this game close. Look for the Dolphins to get out to a fast start in this game and for Allen to take a little bit of a step back. Back the Dolphins to cover the spread in this game.