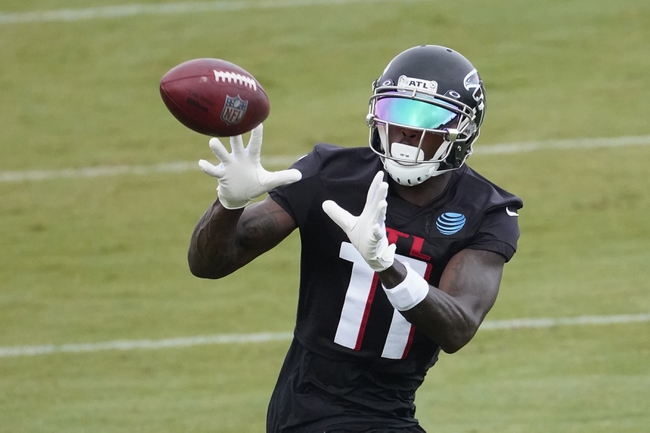 The Atlanta Falcons and Dallas Cowboys face off on Sunday in an NFC showdown at AT&T Stadium.

Coming into the season there were some questions about the Atlanta Falcons and if the first game proved anything, this is going to be a defense that might be in a lot of trouble for a long season. The Falcons first of the season was against the Seattle Seahawks and in that game the defense gave up 38 points. The Seahawks didn’t run the ball much in that game and they didn’t need to, because the Falcons allowed Russell Wilson to throw for 322 yards and four touchdowns. On offense the Falcons did find some success putting up 25 points. Matt Ryan had a big day throwing for 450 yards, two touchdowns, and one interception. The Falcons new running back Todd Gurley also found some success putting up 56 yards and finding the end zone zone. On the other side of this matchup is the Dallas Cowboys who have high expectations for this season but in their first game of the season against the Los Angeles Rams a bizarre call by Mike McCarthy to go for it instead of kicking the field goal ended up losing them the game. Not only did the Cowboys lose their first game of the season they also lost some key players. Cowboys linebacker Leighton Vander Esch is out 6-8 weeks and tight end Blake Jarwin is out for the season. In the first game, Dak Prescott threw for 266 yards and a touchdown. Ezekiel Elliott also found a lot of success rushing for 96 yards and a touchdown. The defense wasn’t terrible in the first game against the Rams, butt they are going to need to find a way to stop Vander Esch.

The Cowboys are the better team but the Falcons offense has proven they are strong and they are going to find success again in this game. Look for both teams to have no issue running up the score and this game will go over the total.