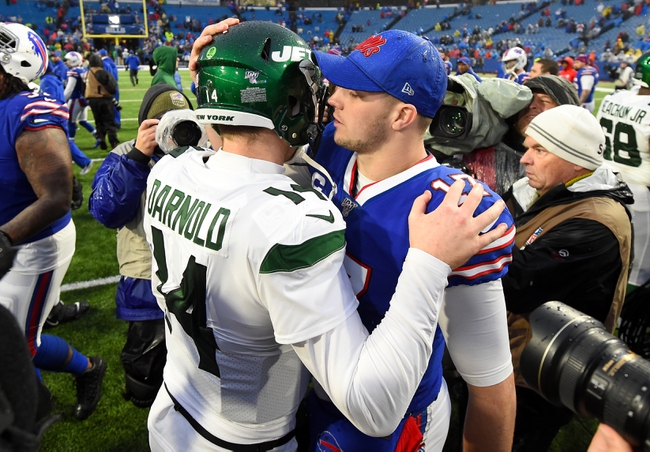 The New York Jets and Buffalo Bills face off in a Week 1 AFC East showdown at Ralph Wilson Stadium. The visiting team won each of the games last season.

To say the 2019 season was disappointing for the Jets might be an understatement. The Jets finished the 2019 season with seven wins, and a big reason was because their offense really struggled. The Jets averaged 273 yards and 17.3 points per game. Sam Darnold was banged up last season, and the offensive line didn’t give him enough protection last season.

In the backfield, the Jets have Le’Veon Bell who might not be Adam Gase’s favorite, but it’s still expected that he has a big season. The Jets also brought in Frank Gore. On defense the Jets also weren’t great last year giving up 22.4 points per game, but in the two games against the Bills last season, the defense was actually strong.

On the other side of this matchup is the BIlls who finished with ten wins last season and the hope is a big trade for Stefon Diggs this offseason will give Josh Allen another weapon, and make the offense even better. One key to watch in this game for the Bills is how they use their backfield. Devin Singletary is a strong back but they also drafted Zack Moss, who should also be in a line for a big role this season.

The strength of this Bills team is with the defense and last season they gave up only 16.2 points per game which was second in football only behind the New England Patriots. If the defense can get to Darnold in this game they will be in good shape for a victory.

This has been a series dominated by the underdog and that will continue in this game. Look for a defensive battle that the Jets do enough to keep the game close. Back the Jets to cover the spread.