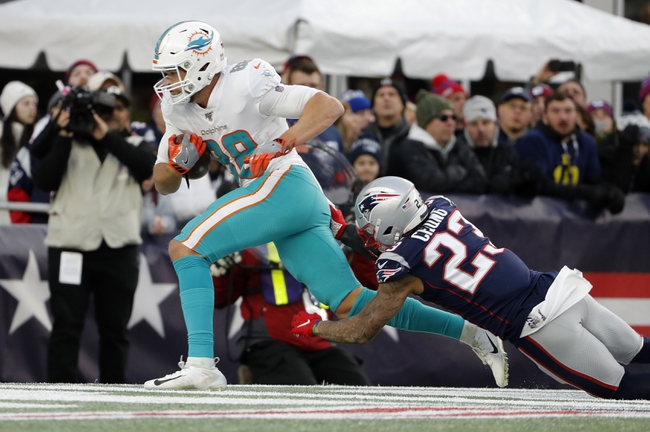 The Miami Dolphins face the New England Patriots on Sunday, September 13th at Gilette Stadium for week one NFL action.

The Dolphins and Patriots are major rivals playing out of the AFC East. With a new-look Pats team, how will this rivalry shape up in week one of the season?

The Miami Dolphins were not projected to do much in the 2019 season, but the team was still able to string together five victories, one of which coming against these Patriots. The Dolphins will be starting the quarterback that took down the Patriots in Foxborough in Ryan Fitzpatrick. Fitzpatrick's veteran leadership for Miami has really proven to work wonders for the offense. Fitzpatrick is obviously not the starter of the future for the Dolphins, but his presence alone is certainly going to only help Tua Tagovailoa behind him. The Dolphins may not look the strongest on paper, but as we have seen many times before, this team can surprise.

The New England Patriots and Tom Brady ended a dynasty in the offseason when Brady signed with the Tampa Bay Buccaneers. With Brady gone, Cam Newton, the former Carolina Panthers' starter is ready to step up to the plate. Newton had a disappointing season with Carolina in 2019, a season that some believed could have put an end to his career in the NFL. Newton is now being given a second chance as a starter in the league, and many expect big things from him in New England, including Bill Belicheck.

The Patriots' defense was the most impressive feature of the team from a season ago, and in 2020 it will be the most crucial part of their game. The days of New England easily winning the AFC East are over, and teams like these Dolphins will have something to prove this season.

In week one, the Patriots are still favorites at home by 5.5. Although we have seen the Dolphins stun and upset the Patriots many times before, I think week one will go New England's way. Belicheck is too good of a coach to let one piece of the puzzle ruin his team's chances, albeit a giant piece. I see the Patriots winning this game by a touchdown. 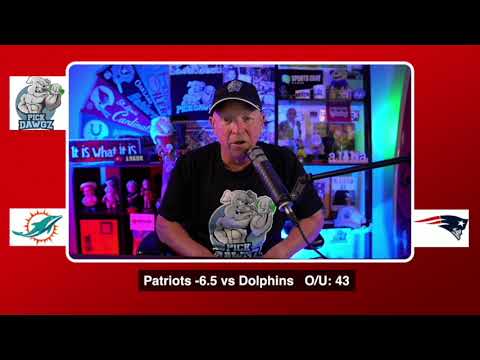