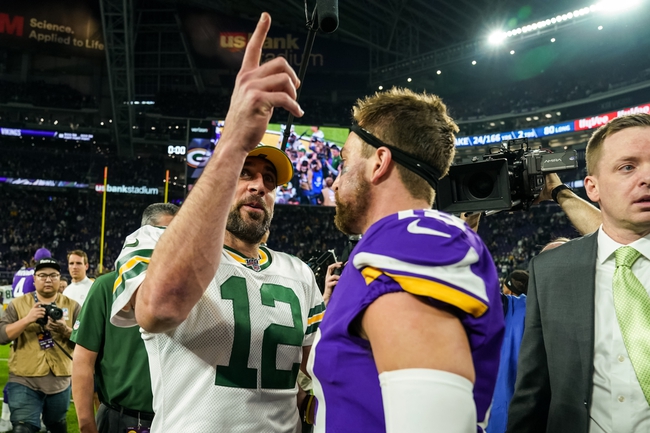 The Green Bay Packers and Minnesota Vikings face off in a Week 1 rivalry showdown at US Bank Stadium. Last season the Packers were able to win both of the games.

The Green Bay Packers have high expectations for this season, but there are a lot of questions surrounding this game, especially with the wide receivers corps. Last season quarterback Aaron Rodgers threw for 4,002 yards, 26 touchdowns, and four interceptions. Outside the Packers will lean on Davante Adams, Allen Lazard, and Marquez Valdes-Scantling. Those are good options, but if one goes down with injury, the Packers could be in trouble.

On defense last season the Packers gave up 19.6 points per game and the squad they have this year, is mostly the same. One loss for this team is rookie Kamal Martin will be out, a player that could have started in this game.

On the other side of the matchup is the Vikings who hope they can build off what they did last year. The big questions heading into Week 1 for this squad is about the offensive line and if Danielle Hunter will be playing. The offensive line looks largely the same as last year, and the hope is that they can take a step forward. Kirk Cousins is a strong quarterback when he has a clean pocket so they need to try and keep him for that in this game.

For Hunter, he has missed the entire training camp and it’s unclear at this point if he is going to be able to play. Hunter is a difference-maker for the defensive line but they did just trade for Yannick Ngakoue and they need to get Rodgers in this game.