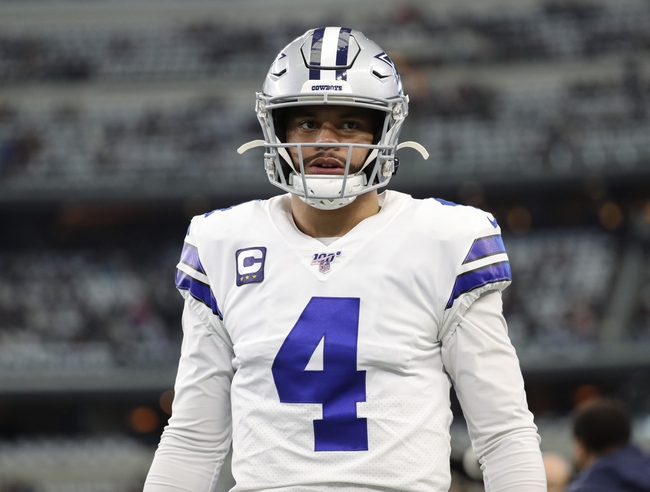 The Dallas Cowboys and Los Angeles Rams face off in an NFC showdown for Sunday Night Football at SoFi Stadium. This will be the first game in the Rams new stadium. Last season when these two teams faced off the Cowboys came away with a 44-21 victory.

The Cowboys still haven’t locked up Dak Prescott to a long term but he will be under center in Week 1, and once again the expectations surrounding this team are for a Super Bowl. Last season Prescott threw for 4,902 yards, 30 touchdowns, and 11 interceptions. Michael Gallup, Amari Cooper, and CeeDee Lamb will be his targets outside. Out of the backfield, it will Zeke Elliott who is one of the best backs in the league.

On defense the Cowboys were a very middle of the road team in 2019 giving up 20.1 points per game. In this game if the Cowboys can force a couple of turnovers of Jared Goff that would go a long way in coming away with a victory.

On the other side of this matchup is the Los Angeles Rams who were a big disappointment last season and to find success this season it’s probably going to take Jared Goff being a lot better, Last season Goff was ultra inconsistent, and going forward, they need him to be better Goff threw for 4,638 yards, 22 touchdowns, and 16 interceptions. One big question mark surrounding this team is with the running back with Todd Gurley now gone. Cam Akers, Malcolm Brown, and Darrell Henderson are all expected to have big roles on this team.

On defense, the Rams squad looks a little different but last season they were very middle of the road giving up 22.8 points per game. Last season the Rams gave up 44 points to the Cowboys and they need the defense to be better.

When these two squads faced off last year it was a high scoring game and that will be the case again in this one. Look for very little defense to be played and this game is going to well over the posted total.