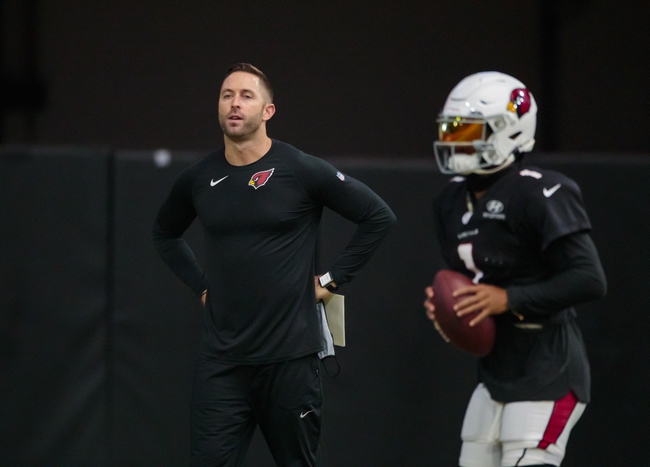 The Arizona Cardinals and San Francisco 49ers face off in an AFC West showdown at Levi’s Stadium. These two squads faced off twice last year with the 49ers winning each of the games.

The San Francisco 49ers made it all the way to the Super Bowl last year before they were knocked off by the Kansas City Chiefs. The 49ers have a lot of playmakers on offense, but the real strength of this team is on defense. Last season the 49ers gave up 19.4 points per game and a big reason they were so good was the defensive line. Nick Bosa was a problem all year for opposing offensive lines and he will be trying to get to Kyler Murray in this game. Dee Ford is a big part of the defensive line but he is questionable for this game.

On offense, Jimmy Garoppolo is under center and he was inconsistent at times last season. Garoppolo threw for 3,978 yards, 27 touchdowns, and 13 interceptions. Wide receiver Deebo Samuel is expected to play in this game which is good news because the rest of that room is banged up.

On the other side of this matchup is the Arizona Cardinals who showed real progress in the first year with Kyler Murray under center and Kliff Kingsbury calling the plays. Last season Murray threw for 3,722 yards, 20 touchdowns, and 12 interceptions, Murray also has a shiny new toy out wide in DeAndre Hopkins

One area this Cardinals team could still really improve is on defense. Last season the Cardinals gave up 27.8 points per game which was one of the worst in all of football. Patrick Peterson was inconsistent at times, but they need him to show up in every game.

The Cardinals are being disrespected with the line in this game. Kyler Murray is going to take another big step forward in this game, and that will lead to the Cardinals covering this spread.