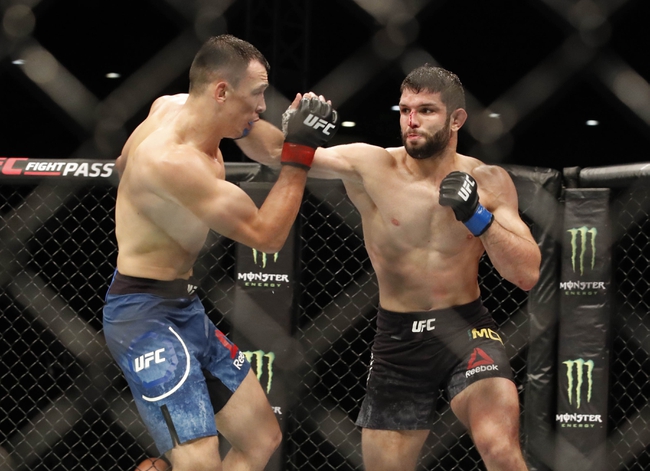 Michael Johnson and Thiago Moises face off in a lightweight showdown at UFC Fight Night 171. The fight will take place at VyStar Veterans Memorial Arena with no fans in attendance.Both of these fighters are unranked.

Michael Johnson comes into this fight with a 20-15 record but as of late there has been a little more struggles losing two fights in a row. In Johnson’s last fight against Stevie Ray he lost by a majority decision  Over the last seven fights, Johnson has seven losses, and this might be a must win for him.

Thiego Moises comes into this fight with a 12-4 record overall but there have been some struggles since coming to the UFC. Moises is coming off a loss and in his three fights in the UFC, he only has one win.

Moises is a versatile fighter that isn’t afraid to win a fight in a few different ways. The one fight he did win in the UFC he had four takedowns. Moises is averaging 1.22 successful takedowns per 15 minutes, so maybe the best bet in this fight would be to get this one down to the ground.

This fight should be competitive, but in the end it’s going to cme down to Moises and his work on the floor. He is going to want to get this fight to the floor and he is going to have success once he gets there. This one is going to go the distance with Moises dominating. Back Moises to win on the money line.

Get Premium Picks Start Winning Now »
The pick in this article is the opinion of the writer, not a PickDawgz site consensus.
Previous Pick
Team to Draft Jordan Love: 2020 NFL Draft Prop Bets
Next Pick
Houston Texans at Kansas City Chiefs - 9/10/20 NFL Picks and Prediction