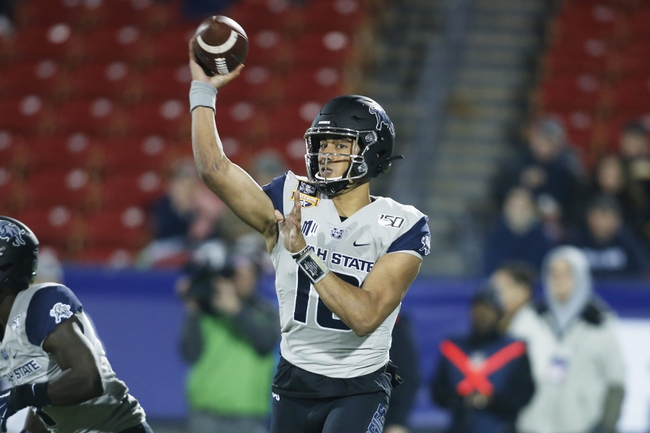 Who will draft quarterback Jordan Love?

Jordan Love is considered by many to be one of the better quarterbacks in the 2020 draft. Let’s breakdown some of the teams with the highest odds to draft him, and what team he will end up on.

New Orleans Saints +350, The New Orleans Saints are in a very interesting situation, They have Drew Brees under contract still, and some believe Taysom Hill will be the long term option once Brees hangs it out. There are some who believe the Saints might select a quarterback to groom instead of Hill. If the Saints want to do that, Love would make sense at 24 overall.

Indianapolis Colts +350, The Indianapolis Colts have Phillip Rivers but how many years does he have left in the league? The Colts don’t have any first-round draft picks, but they do have two second-round picks, so if they want Love, they could trade up.

Las Vegas Raiders +450, The Las Vegas Raiders seem like the real wild card on this list. They have Derek Carr and Marcus Mariota under center but if Gruden finds a quarterback he wants, he is probably going to do everything in their power to get their hands on him.

Jacksonville Jaguars +625, The Jacksonville Jaguars say they want to give Gardner Minshew a chance to prove he can be the long term quarterback, but are they being truthful? The Jaguars have two first-round draft picks, so there wouldn't be as much risk if they were to miss on one of them.

Look for the Patriots to select Love, and for him to be the long term quarterback in New England.