How Many Alabama Players Will Be Taken In The First Round? 2020 NFL Draft Prop Bets 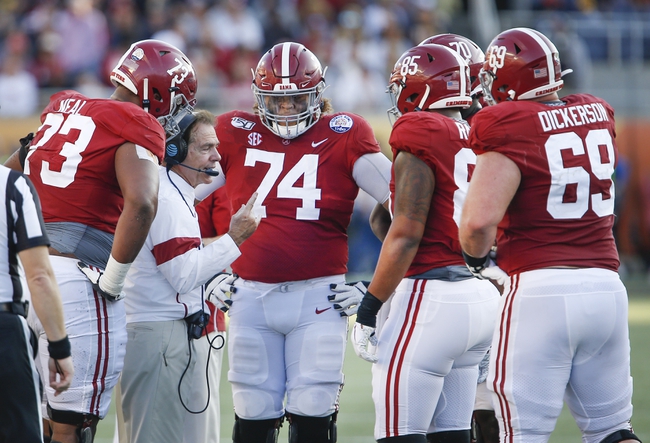 Who Many Alabama Players will be drafted in the first round?

Tua Tagovailoa, Quarterback: The most talked about Alabama player heading into this draft is quarterback Tua Tagovailoa. There is some talk about him falling down some draft boards, but there is no chance he will fall out of the first round. He is a lock to one of the Crimson Tide players to be drafted in the first round.

Jedrick Wills, Offensive Tackle: Jedrick Wills is one of the best offensive tackles in the draft and there might be even teams that trade up in the draft to select him. If he falls out of the top ten of the draft that would be quite the shocker.

Jerry Jeudy, Wide Receiver: There has been some concern about Jerry Jeudy’s knee but he is still one of the best wide receivers in the draft. In the middle of the first round there is going to be a run on wide receivers, and Jeduy will be in that group. The Philadelphia Eagles are a team that makes a lot of sense to draft Jeudy.

Henry Ruggs III, Wide Receiver: Henry Ruggs is another player that should be drafted when there is the run on wide receivers in the middle of the first round. If he falls below 20th, that would be quiet the shocker.

Xavier McKinney, Safety: Safety Xavier McKinney is going to be a game-changer for some team, and most mocks have him at the end of the first round. McKinney should be the fifth Crimson Tide player off the board.

Trevon Diggs, Cornerback: A month ago Trevon Diggs looked like a sure thing first-rounder, but some mocks have him dropping into early in the second round.