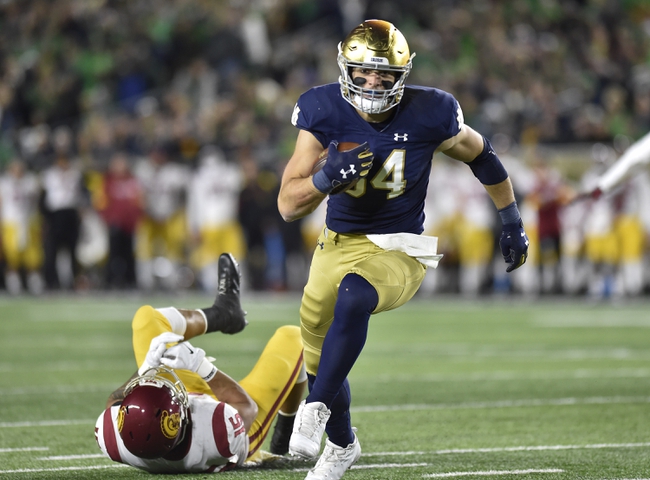 Who will be the first tight end selected in the NFL draft?

This isn’t a loaded tight end class, and there is a good chance the first tight end won’t be selected until the second round. Let’s break down the five tight ends with the best odds to be drafted first, and decide who will be selected first.

Cole Kmet -300, Kmet also played baseball with the Notre Dame Fighting Irish. On the football field, Kmet has his big breakout in 2019 catching 43 passes for 515 yards and six touchdowns. The good news for Kmet is there should be plenty of growing left, and he should be a strong NFL tight end.

Adam Trautman +333, Adam Trautman played quarterback in high school, but once he arrived at Dayton, he had success. Trautman does a good job of attacking the field on all levels and in the NFL he will be able to stretch the field.

Harrison Bryant +700, Harrison Bryant spent his college years at Florida Atlantic, and he has risen on draft boards during the pre-draft process. Bryant is a versatile receiver that can line up at the end of the line, or in a wide receiver position. He does a good job of going into traffic and coming down the ball.

Hunter Bryant +2200, Hunter Bryant is one of the longshots to be the first tight end selected. Even though Bryant is listed as a tight end, he struggles to block and most of his success comes when he lines up off the line. Could his best chance for success in the NFL be at wide receiver?

Prediction: Laying -300 lines is not something we like to do, but there really isn't any other way to attack this prop. If a team is comfortable with Okwuegbunam’s health he could jump up and be the first selected but that’s hard to imagine.