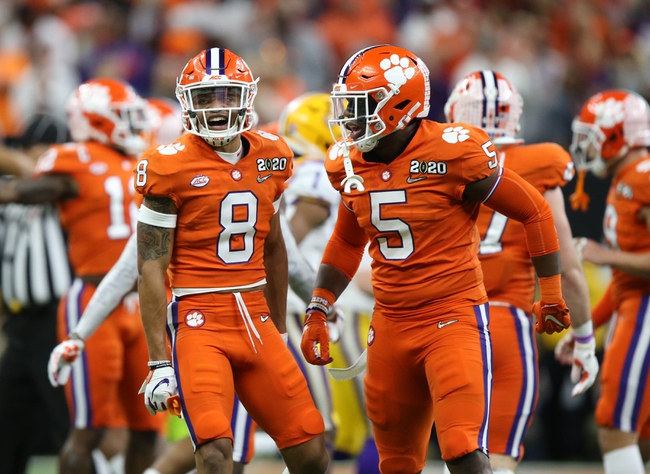 A.J. Terrell a Clemson product, he should be one of a few defensive backs taken in the early rounds.  Terrell was a three year player at Clemson, as he decided to forgo his senior season. He was a lockdown corner in the college ranks.  He is an enticing pick for organizations, and should be able to make a name for himself at the next level.  The odds for a first round selection or higher are: over 32.5 +200 and under 32.5 -300.

College Career:  Terrell was a first team All-ACC selection during the 2019 season.  Highly recruited out of high school, totaling 6 interceptions during his Clemson three year career.

Pros/Cons: Lined up with some of the best receivers at the college level.  Was great with reading the quarterback's decisions, but does need to work on his tackling, if he wants to be a feared player in the secondary.

For more on his college career, pros, cons, and projected teams, check out his draft profile.

Over 32.5 +200: For Terrell to be drafted outside of the 1st round, teams would need to pass on the other cornerbacks ahead of him.  The Clemson defensive back is the 4th ranked cornerback in the draft. The 3 players ahead of him are: Jeff Okudah from Ohio State, C.J. Henderson from Florida, and Trevon Diggs from Alabama. Okudah is expected to be taken in the top 5, so it will depend on when organizations want to pull the trigger on the other 2 prospects.

Under 32.5 -300: CJ Henderson has odds of under 16.5 as -600.  Henderson is the number 2 ranked cornerback in the draft, which would leave Diggs and Terrell to see if the name will be called in the final 16 picks of the 1st round.  Green Bay and San Francisco could both use a corner back and both teams have the 30th and 31st pick in the opening round. Both teams could draft the remaining top 2 of the top 4 cornerbacks in the draft.  I’m going to take the under 32.5, as there are quite a bit of solid defensive players that have the ability to go in the 1st round.