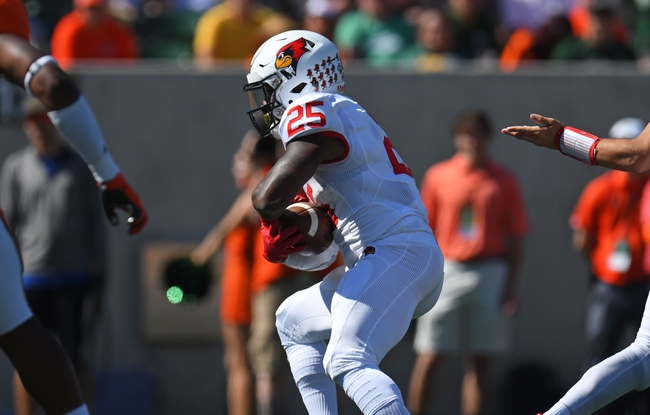 James Robinson, a product out of Illinois State had an excellent career out of the backfield.  Robinson was a workhorse during his college career as a Redbird.  The running back may not be one of the most talented in the draft, but scouts are aware of him, after having a great career at the FCS level.  Let us take a look at his college career, pros, cons, and projected teams.

College Career: Robinson rushed for 4,444 yards during his 4 year career at Illinois State.  The running back recorded 44 rushing touchdowns, while averaging 5.6 yards per rush.  His best season was the 2019 campaign, where he collected nearly 1,900 yards on the ground, while netting 18 touchdowns on the ground.  He averaged over 126 yards per game during the 2019 season.  His best game came during the first round of the 2019 playoffs.  He rushed for 297 yards at Southeast Missouri State to help advance Illinois State to the next round.

Cons: Even though Robinson looked to have good speed at times, it will be interesting to see how that translates to the professional level, as the secondary players move a lot faster than players roaming the secondary at the FCS level.  During the only game against an FBS opponent in the 2020 season, Robinson rushed for just 16 yards on 13 carries against Northern Illinois.

Projected Teams: There really aren't any projected teams.  Robinson will be able to add depth to a team in the backfield.  The Illinois State running back will not be taken in the first couple rounds, as a 6th-7th round pick is more likely.  He did have an outstanding performance during the East-West Shrine Bowl.

He isn’t a big time running back in the draft that teams will have high up on their draft board, but his ability to be an every down back will make teams show interest in him, as he has room to develop and can be used in multiple aspects of offensive schemes.  With his physical running style and with more development he could find himself seeing an increase in roles if given the opportunity with the right team.