How Many Ohio State Players Will Be Taken During the 1st Round? 2020 NFL Draft Bets. 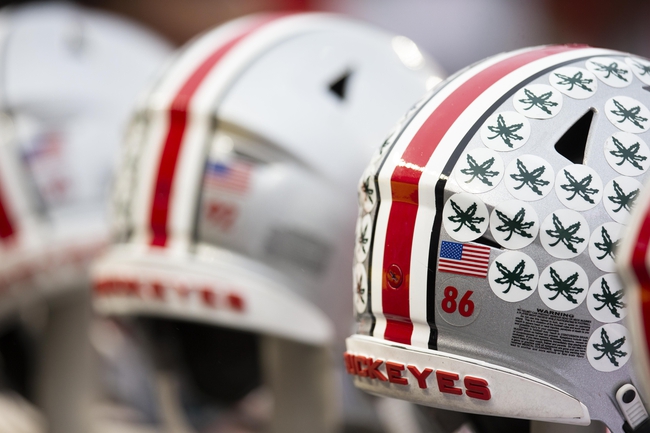 The Ohio State Buckeyes have more than a handful of players in the draft, but how many players have a chance to be drafted in the 1st round?  The projection is set at over/under 2.5.  The three players that have a solid chance to go in the first round are: Chase Young, Jeff Okudah, and J.K. Dobbins. Let us take a look at these three players and see what chances they have to be drafted in the 1st round.

Chase Young: Young is expected to be a top 5 overall pick and will be able to come in and make a difference right away for whichever team drafts him.  He recorded 30.5 sacks across a 3 year career for Ohio State.  Young was a finalist for the Heisman Trophy at the conclusion of the 2019 season.  The defensive end forced 8 fumbles throughout his career and will be able to bring a great burst off the defensive line.  The athletic defensive lineman is a weapon in the pass rush.  Take a look at his profile for strengths and possible fits.

Jeff Okudah: Okudah who is known as one of the premier lockdown corners from this past college season.  The cornerback saw his draft stock rise from his sophomore season to the conclusion of his junior year.  The defensive back is slated to be a top 5 pick along with teammate Chase Young.  During the 2019 season Okudah registered 3 interceptions and 9 pass break ups.  He displays confidence in the secondary and any team would like to have his presence in their secondary.  Take a look at his profile for pros/cons and projected teams.

J.K. Dobbins: Dobbins had an exciting career for the Buckeyes.  Dobbins had an incredible season out of the backfield for Ohio State, rushing for over 2,000 yards and 23 touchdowns during the 2019 season.  Overall the running back rushed for nearly 4,500 yards during his career, totaling 38 touchdowns on the ground. One key area of strength is his ball security, as he was a steady eddy when given the ball.  Take a look at his profile for his strengths/weaknesses and possible fits.

Over 2.5 +375: In order for this over 2.5 to hit, these three players will need to be drafted.  There are more than just these 3 in the draft for Ohio State, but these 3 have the best chance.  It is almost a slam dunk that Young and Okudah will be drafted in the top 5.  Therefore the question revolves around Dobbins going in the 1st round.  One of the key teams that need a running back is Tampa Bay.  The Buccaneers have improved drastically, but still lack a run game with Tom Brady at quarterback.  With Dobbins ability to protect the ball and also be able to be a reliable receiver out of the backfield, he could help Tampa Bay.  Multiple teams in need of a running back would like to have Dobbins near the back end of the 1st quarter.

Under 2.5 -650: The odds are favored that Dobbins will likely be a 2nd round pick, instead of his name being called in the 1st round.  The Buccaneers may try and go for an offensive lineman or a defensive back, which could lead to Dobbins falling in the 2nd round.  However, with his running back style and being a versatile running back out of the backfield, he makes for an enticing 1st round pick.