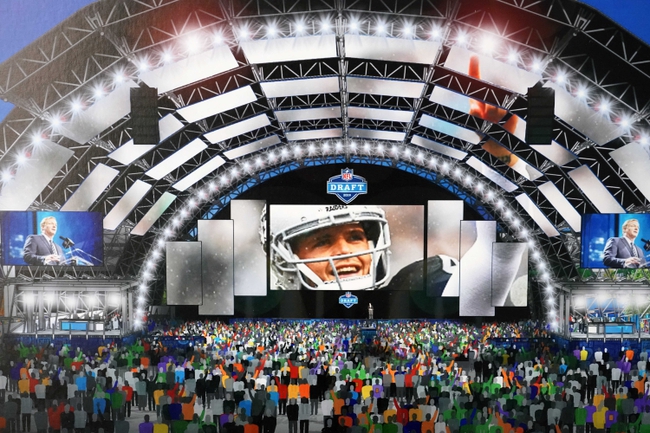 Where Will AJ Epenesa Be Drafted?

College Career:  The Iowa standout did his job during the 2019 season.  Epenesa accumulated 49 tackles, while bringing the quarterback down 11.5 times behind the line of scrimmage.  He registered 26.5 sacks for his 3 year career at Iowa.

Strengths/Weaknesses: Epenesa made the NFL learn his name, after having success in elite competitions during Big Ten play.  He was able to keep the quarterbacks inside the pocket.  His better aspect was his first step, which helped lead to his great pass rush ability.  While he is quick getting to the quarterback, he lacks speed when having to make a tackle with no one else around.

Over 32.5 +140: The possibility of him being drafted after the 1st round is possible, but odds would show he is more likely to be taken in the 1st round.  Epenesa is one of the premier defensive players in the draft and with his skill set, a 1st round pick should be more likely.

Under 32.5 -180: A 1st round pick is more appropriate for the defensive lineman out of Iowa. With the consistency that Epenesa showed throughout the 2019 season and even the 2018 campaign, NFL teams in need of a defensive lineman should not let him slip out of the 1st round. Epenesa has the potential to come in and help teams right away that lacked in the pass rush department.

A few of the teams in need of a pass rusher are the Tennessee Titans and the Buffalo Bills.  Neither of these teams have picks at the top of the 1st round, as both pick towards the middle to back half of the 1st round.  While improvement is still needed from Epenesa to become a staple at the professional level, he is still worthy of a 1st round pick.  After his consistency and athleticism that was on display at Iowa, it is no secret what Epenesa can bring to the NFL level.