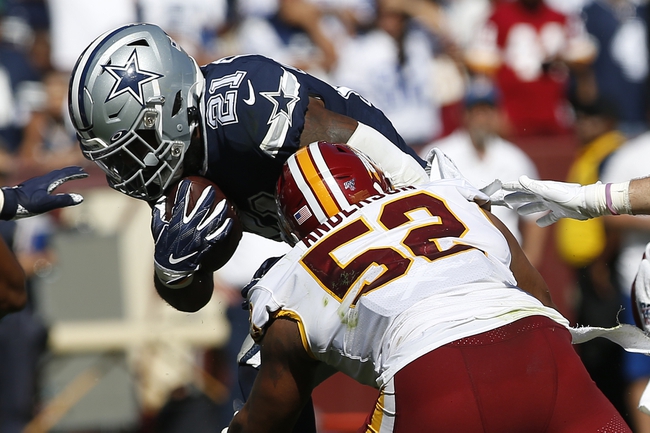 The Washington Redskins and the Dallas Cowboys meet in a week 17 NFC East division matchup from AT&T Stadium on Sunday afternoon.

The Washington Redskins will try to play spoiler and finish the season on a high note after a 41-35 overtime loss to the Giants in their last outing. Dwayne Haskins started and threw for 133 yards and 2 touchdowns on 12 of 15 passing while Case Keenum took over and tossed for 158 yards and a touchdown on 16 of 22 passing while rushing for a touchdown as well. Adrian Peterson led Washington in rushing with 36 rushing yards and a touchdown while Chris Thompson had 34 rushing yards. Terry McLaurin led the ‘Skins with 7 grabs for 86 yards while Steven Sims Jr. added 6 catches for 64 yards and 2 TDs. Kelvin Harmon had 5 catches for 58 yards while Hale Hentges added 28 yards and a touchdown receiving. Defensively, Landon Collins led the Redskins with 6 total tackles while Tim Settle had a sack for Washington in the loss. As a team, Washington is averaging 274.9 yards of total offense and 16.7 points per game while allowing 376.3 yards of total defense and 25.9 points per game against this season.

The Dallas Cowboys are in must-win mode after a 17-9 loss to Philadelphia in their last outing. Dak Prescott threw for 265 yards on 25 of 44 passing while Ezekiel Elliott rushed for 47 yards on 13 carries. Michael Gallup led the Cowboys with 98 receiving yards while Randall Cobb had 73 receiving yards and Elliott had a team-high 7 catches for 37 yards. Defensively, Sean Lee led the Cowboys with 17 total tackles along with 9 solo tackles in the losing effort. As a team, Dallas is averaging 425.8 yards of total offense and 25.8 points per game while allowing 330.7 yards of total defense and 20.3 points per game against this season.

I’d like to think that Dallas will have some sense of urgency after letting last week’s chance slip away against the Eagles, but the fact is that the Cowboys have been so up and down this season and disappointing doesn’t even begin to describe the feeling around most Cowboys circles this season. Washington’s picked up their offense lately, and I think that the Redskins are more than capable of keeping this one within single-digits, so I’ll take my chances with Washington and the points as I think Dallas plays this game trying not to lose. 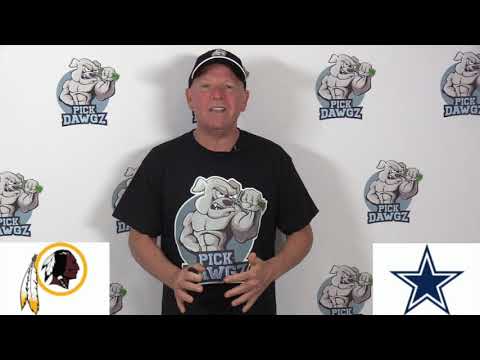