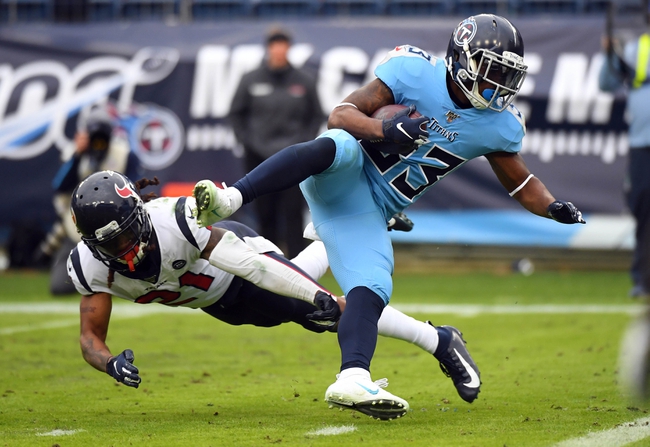 The Tennessee Titans and the Houston Texans meet in NFL action from NRG Stadium on Sunday.

Tennessee comes into this one at 8-7 on the year. The Titans had a four-game winning streak going versus the Chiefs, Jaguars, Colts and Raiders but have lost their last pair to the Texans and Saints.

Over on the Texans’ side, they’re 10-5 this year. Houston is 4-1 in their last five, falling to the Broncos but otherwise beating the Colts, Patriots, Titans and Buccaneers in that time.

In the win over the Bucs, Houston’s Deshaun Watson put up 184 yards with one INT, and also led the rush with 37 yards. Kenny Stills caught five passes for 57 yards in that one as well.

Tennessee has a hold on the final Wild Card slot in the conference right now, and a win here will get it done. The two straight losses are certainly an ill omen, but all things considered Tennessee hung in there reasonably well with the Saints, and fell by just three in their other loss—to the Texans.

Speaking of Houston, they’re locked into the division title and thus will be hitting the playoffs regardless. I really don’t see the Texans pulling back their key players in a game against a divisional opponent however. All of that said, I like the Titans to gather themselves and bang out a cover (and a playoff ticket) here.