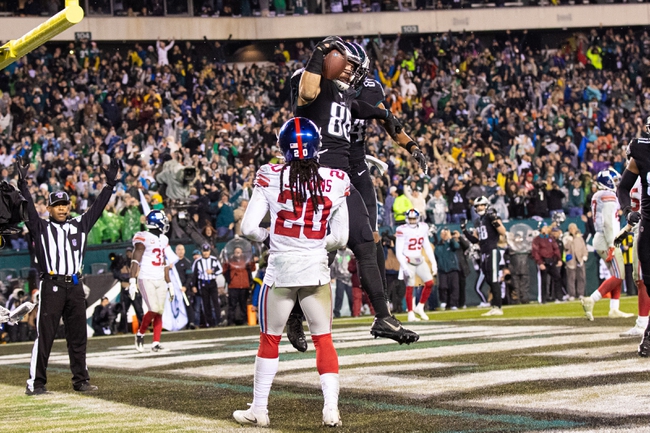 The New York Giants look to play spoiler while winning their third straight game. The New York Giants have lost four of their last five home games. Daniel Jones is completing 62.1 percent of his passes for 2,726 yards, 23 touchdowns and 11 interceptions. Jones enters this game with 412 career pass attempts under his belt. Darius Slayton and Golden Tate have combined for 1,298 receiving yards and 13 touchdowns while Sterling Shepard has 52 receptions. The New York Giants ground game is averaging 104.2 yards per contest, and Saquon Barkley leads the way with 911 yards and five touchdowns. Defensively, New York is allowing 27.8 points and 375.8 yards per game. Antoine Bethea leads the New York Giants with 104 tackles, Markus Golden has 10 sacks and Janoris Jenkins has four interceptions.

The Philadelphia Eagles needed everything in the tank to beat the Giants just a couple of weeks ago at home, and now they have even more injuries to that offense with the loss of Zach Ertz. Carson Wentz was having trouble producing with the no names on the offense, and now they lost their best target remaining. The New York Giants have exploded offensively the last two games and would probably want nothing more than to spoil the season for a division rival. Nothing comes easy these days for the banged up Eagles. Give me the home underdog.