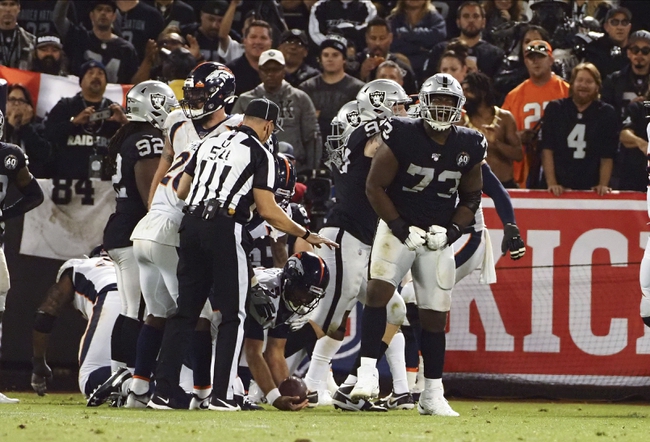 The Oakland Raiders look for a nice road win to finish the season with a .500 record. The Oakland Raiders have lost four of their last five road games. Derek Carr is completing 71.1 percent of his passes for 3,663 yards, 20 touchdowns and eight interceptions. Carr has one or less touchdown passes in 13 of his last 21 games. Darren Waller and Tyrell Williams have combined for 1,689 receiving yards and nine touchdowns while Hunter Renfrow has 43 receptions. The Oakland Raiders ground game is averaging 119.7 yards per contest, and Josh Jacobs leads the way with 1,150 yards and seven touchdowns. Defensively, Oakland is allowing 26.9 points and 362.6 yards per game. Tahir Whitehead leads the Oakland Raiders with 103 tackles, Maxx Crosby has 8.5 sacks and Erik Harris has three interceptions. 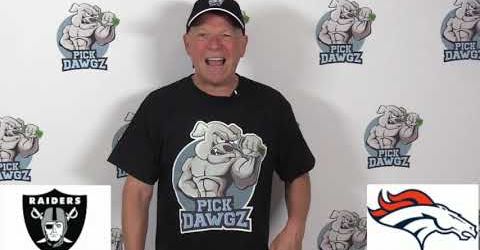 The Denver Broncos look for another win after winning three of their last four games. The Denver Broncos have won their last three home games. Drew Lock is completing 64.8 percent of his passes for 843 yards, six touchdowns and three interceptions. Lock enters this game with 128 career pass attempts. Courtland Sutton and Noah Fant have combined for 1,618 receiving yards and nine touchdowns while Emmanuel Sanders has 30 receptions. The Denver Broncos ground game is averaging 106.1 yards per contest, and Phillip Lindsay leads the way with 958 yards and seven touchdowns. Defensively, Denver is allowing 20.1 points and 327.7 yards per game. Todd Davis leads the Denver Broncos with 121 tackles, Derek Wolfe has seven sacks and Justin Simmons has four interceptions.

Outside of a win last week against the Chargers, the Oakland Raiders look like a team that's ready for the offseason, as both sides of the ball are struggling and the loss of Josh Jacobs certainly hasn't helped the offense. The Denver Broncos have been tough at home this season and have a young quarterback in Drew Lock who is eager to prove himself to the coaching staff that he can be the guy moving forward. The Raiders seem to have their mind on Las Vegas, while the Broncos are trying to finish the season strong and have been kind to bettors these last couple of months. I'll take the Broncos by a touchdown.