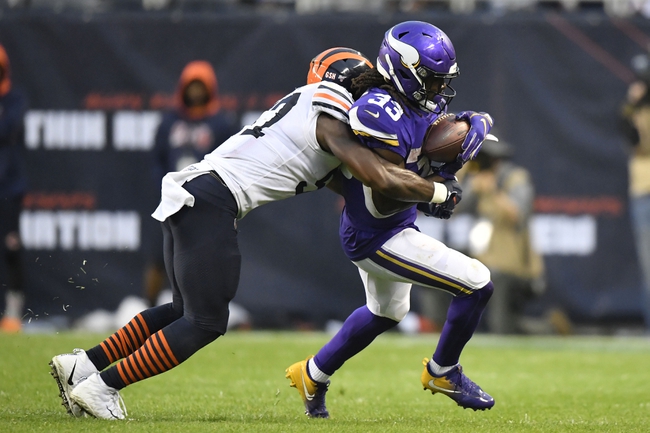 The Chicago Bears and the Minnesota Vikings meet in a week 17 NFC North division matchup in NFL action from U.S. Bank Stadium on Sunday afternoon.

The Chicago Bears will try to finish the year on a high note after a 26-3 loss to Kansas City in their last outing. Mitch Trubisky threw for 157 yards on 18 of 34 passing while David Montgomery led the Bears in rushing with 57 rushing yards on 13 carries. Allen Robinson II led Chicago in receiving with 6 catches for 53 yards as well in the losing effort for the Bears. Defensively, Kevin Pierre-Louis led the Bears with 12 total tackles including 7 solo tackles while Nick Kwiatkoski added 11 total tackles and 5 solo tackles and Khalil Mack had a sack as well in the loss. As a team, Chicago is averaging 294.1 yards of total offense and 17.3 points per game while allowing 325.7 yards of total defense and 18.6 points per game against this season.

The Minnesota Vikings will look to improve their playoff positioning after a 23-10 loss to Green Bay in their last outing. Kirk Cousins threw for 122 yards, a touchdown and an interception on 16 of 31 passing while Mike Boone and Ameer Abdullah combined for 55 rushing yards on 15 carries. Stefon Diggs led the Vikings with 3 grabs for 57 yards and a touchdown while Abdullah had a team-high 6 receptions for 31 yards. Defensively, Eric Kendricks had a pair of fumble recoveries while Mackensie Alexander had 11 total tackles including 9 solo tackles while Anthony Harris had an interception in the losing effort for Minnesota. As a team, Minnesota is averaging 357.1 yards of total offense and 25.9 points per game while allowing 341.9 yards of total defense and 18.8 points per game against this season.

Part of me would like to think that the Bears still come out and play this one to try to stick it to a division rival with pride and bragging rights on the line. However, Chicago’s been terrible against the number this season, including failing to cover in 6 of 7 road games this season. Minnesota could get the #5 seed with a win and a Seattle loss, and I don’t know about you, but if I were coaching the Vikings, I’d rather go on the road and play a Philadelphia (or possibly Dallas) team that’s around .500 going into the playoffs rather than go on the road to play Green Bay or New Orleans. I think the Vikings don’t leave anything to chance and put a stamp on their regular season with a big win over the Bears so I’ll lay the points with Minnesota in this one. 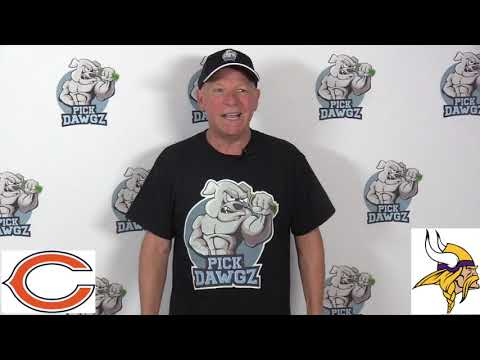