The Indianapolis Colts and the Jacksonville Jaguars meet in NFL action from EverBank Field on Sunday.

The Colts come in here at 7-8 on the year. Indianapolis was on a four-game losing streak versus the Texans, Titans, Buccaneers and Saints but won their last game versus the Panthers. 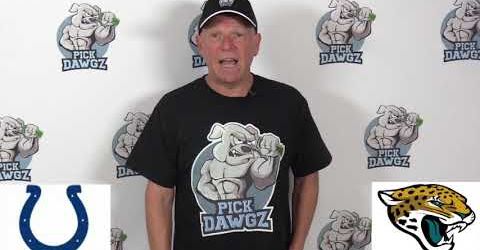 In the win over the Panthers, Colts QB Jacoby Brissett put up 119 yards passing, and Marlon Mack led the run on 95 yards and one TD. TY Hilton caught three passes for 26 yards there as well.

Over on the Jaguars’ side, they’re 5-10 this season. Jacksonville is 1-6 in their last seven games, beating the Raiders while falling to the Texans, Colts, Titans, Bucs, Chargers and Falcons.

In the loss to the Falcons, Jacksonville QB Gardner Minshew put up 181 yards and a score, and Chris Conley caught two balls for 56 yards and a TD. Leonard Fournette had 71 yards rushing there also.

Around the middle of the season, the Colts looked like they might be a nice surprise team potentially flirting with the playoffs as a plucky AFC contender, but they’ve since cooled drastically and just can’t score.

The Jaguars suffer from the same offensive difficulties, and they haven’t been able to pass 20 points in any of their last seven games. I’m not wild about Indianapolis either, but I think they’re the better team here. I’m going with the Colts on the cover.