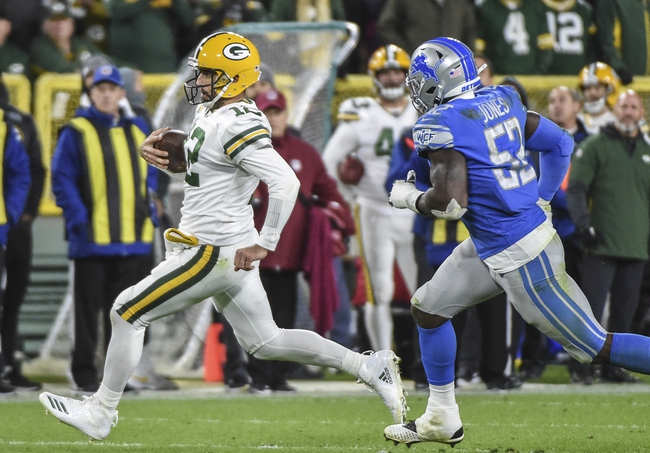 The Detroit Lions need a win here to snap an eight-game losing streak. The Detroit Lions have lost their last three home games. Matthew Stafford is completing 64.3 percent of his passes for 2,499 yards, 19 touchdowns and five interceptions. Stafford has two or more touchdown passes in eight of his last 16 games. Kenny Golladay and Marvin Jones Jr. have combined for 1,897 receiving yards and 20 touchdowns while Danny Amendola has 60 receptions. The Detroit Lions ground game is averaging 98.5 yards per contest, and Kerryon Johnson leads the way with 350 yards and two touchdowns. Defensively, Detroit is allowing 26.7 points and 398.3 yards per game. Tracy Walker leads the Detroit Lions with 97 tackles, Trey Flowers has seven sacks and Darius Slay has two interceptions.

The Green Bay Packers have a chance to earn the top seed in the NFC, so they're not going to be playing with the Lions. The Detroit Lions have scored 20 or less points in each of their last five games and have been just as bad ATS as they've been SU during this losing stretch. It's impossible to back a team that's failed to cover nine of their last 10 games. The Packers should win this game comfortably, so I'll lay the chalk with the road team.