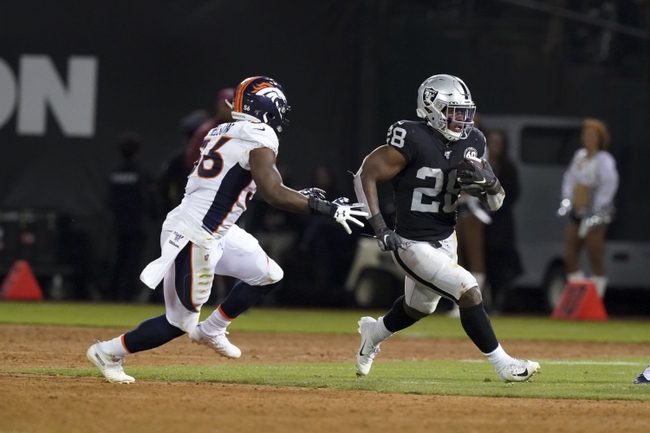 The Oakland Raiders and the Denver Broncos meet in a week 17 AFC West division matchup in NFL action from Empower Field at Mile High on Sunday afternoon.

The Denver Broncos will try to finish the year on a high note after a 27-17 win over Detroit last time out. Drew Lock threw for 192 yards and a touchdown on 25 of 33 passing while Phillip Lindsay had 19 carries for 109 yards and a touchdown and Royce Freeman had 28 rushing yards and a TD as well. DaeSean Hamilton led Denver with 6 catches for 65 yards and a touchdown while Tim Patrick and Courtland Sutton each had 5 grabs. Defensively, Trey Marshall led Denver with 9 total tackles while Dre’Mont Jones had a pair of sacks and Jeremiah Attaochu and Malik Reed each had a sack as well. As a team, Denver is averaging 303.9 yards of total offense and 17.7 points per game while allowing 327.7 yards of total defense and 20.1 points per game against this season.

I get Denver being favored at home as the Broncos have been good against the number all season and Denver has picked up their play since Drew Lock took over the reins of the Bronco offense. However, Oakland had everything to play for here as the Raiders still have an outside chance at the playoffs. Pittsburgh’s game against Baltimore is far from a gimme with Hodges at QB, even if the Ravens are resting a bunch of guys, and Tennessee has to deal with a really good Houston team and I haven’t had any indications that the Texans are going to rest anyone as they also still have a chance at the #3 seed. I’ll take Oakland and the points in a game I have the Raiders winning outright. 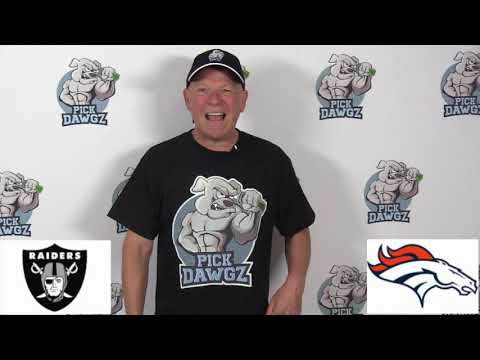