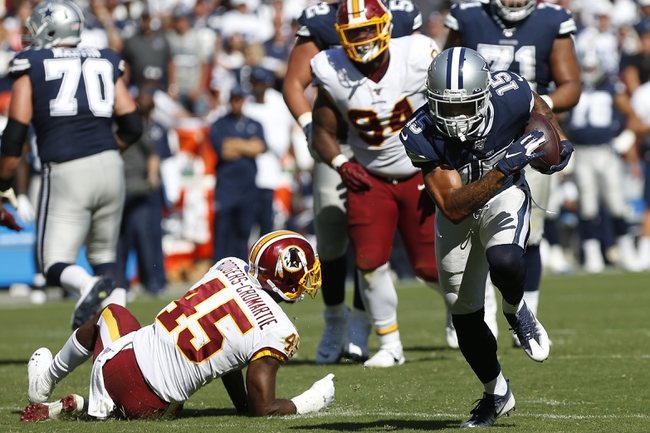 The Dallas Cowboys have lost four of their last five games and need a win to keep their playoff hopes alive. The Dallas Cowboys have split their last six home games. Dak Prescott is completing 64.8 percent of his passes for 4,599 yards, 26 touchdowns and 11 interceptions. Prescott has three or more touchdown passes in seven of his last 19 games. Amari Cooper and Michael Gallup have combined for 2,106 receiving yards and 11 touchdowns while Randall Cobb has 50 receptions. The Dallas Cowboys ground game is averaging 128.7 yards per contest, and Ezekiel Elliott leads the way with 1,235 yards and 11 touchdowns. Defensively, Dallas is allowing 20.3 points and 330.7 yards per game. Jaylon Smith leads the Dallas Cowboys with 133 tackles, Robert Quinn has 10.5 sacks and Xavier Woods has two interceptions.

The Washington Redskins aren't winning games, but five of their last seven losses have been decided by 10 or less points. The Redskins play hard, compete and would love nothing more than to put the final nail in the coffin of the Cowboys playoff hopes. The Dallas Cowboys are coming off a crushing loss to a banged up Eagles team and you have to question if guys will even be able to get off the canvas to put together an honest effort. The Cowboys have scored 15 or less points in three of their last five games and lack energy on both sides of the ball. The Cowboys should win, but it wouldn't be surprising to see them lose yet again and get the news of Jason Garrett being fired a few hours later. Give me the Redskins and the points.