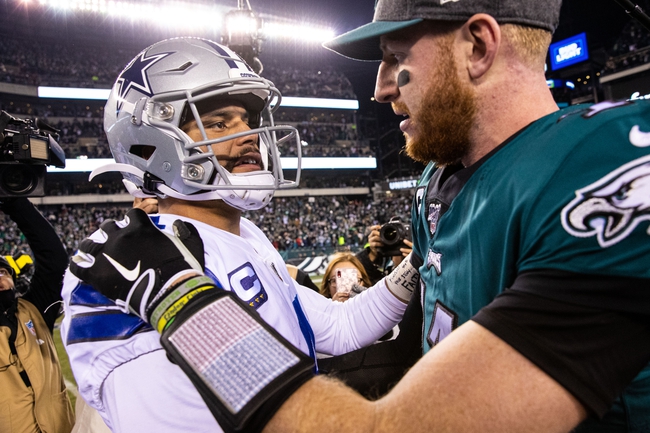 Although most of the playoff spots in the NFL have already been taken and clinched, there are still some intriguing playoff berth and seeding scenarios in Week 17 that will have fans on the edge of their seat from start to finish. Here’s how the situations go down.

The Baltimore Ravens (13-2) have clinched the number one overall seed throughout the AFC Playoffs. They will play any AFC playoff game at home at M&T Bank Stadium.

The New England Patriots (12-3) have clinched the AFC East divisional title with a win last week over the Buffalo Bills 24-17. They do still need to defeat the Miami Dolphins, or have the Kansas City Chiefs lose to the Chargers to clinch the first round bye, and the number two overall seed.

The Kansas City Chiefs (11-4) can bump up to the two seed as stated above. They do also have the possibility of moving down to the fourth seed if they lose to the Chargers, and if the Texans beat the Titans.

The Houston Texans (10-5) can move into the third seed as stated above. They have no possibility of moving down since they are the AFC South division winners.

The Buffalo Bills (10-5) have clinched the number five overall seed in the AFC playoffs. They are happy to be back in the postseason since 2017.

The Tennessee Titans (8-7), Pittsburgh Steelers (8-7), and the Oakland Raiders (7-8) are all fighting for the sixth and final playoff spot, devoted to the 2nd wild card team in the AFC. The Titans have the best chance to clinch the wild card, as a win simply gets the job done. If they lose, they will need losses by the Colts and the Steelers.

The Pittsburgh Steelers need a win over the Ravens, and a Titans loss. The Steelers also have a longshot possibility if they lose to the Ravens. They would need a Titans, Bears, Patriots, Lions and Chargers loss, and a Colts win.

The Oakland Raiders have the hardest road to the playoffs out of the three teams. They need a win over Denver, and wins by Baltimore, Indianapolis, and Houston. If that all happens, they would also need a win by either the Bears, Patriots, Lions or Chiefs.

The San Francisco 49ers (12-3) have the very reasonable possibility of going from the number one overall seed in the NFC, to the fifth seed wild card. They need a win over the Seattle Seahawks to win the NFC West and clinch home field advantage throughout the NFC playoffs. A loss drops them to the wild card.

The Green Bay Packers (12-3) have clinched the NFC North division with their win on Monday Night Football over the Vikings. If the Packers beat the Lions in Week 17, and the Seahawks defeat the 49ers as well, the Packers will own the number one overall seed in the NFC playoffs. They can also clinch a first round bye with a win or a Saints loss.

The New Orleans Saints (12-3) The Saints are NFC South Champions, and they have a couple scenarios that would have them jump into a first round bye. A win and a 49ers loss, a win and a packers loss, and a win by the Packers and Seahawks.

The Philadelphia Eagles (8-7) have control over the NFC East as of now, but they still have some work to do. They need either a Cowboys loss to the Redskins, or a win over the New York Giants. If they lose and Dallas wins, the cowboys will clinch the NFC East.

The Seattle Seahawks (11-4) can still win the NFC West as stated above. They could also own the number one overall seed if they can defeat San Francisco, and get losses by the Saints and Packers.

The Minnesota Vikings (10-5) will be the number six seed in the NFC playoffs, which means they will play on the road in every game during the playoffs (neutral site in the Super Bowl). The Vikings NFC North dreams ended with their loss at home to the Packers this past week.

The Dallas Cowboys (7-8) will need a win over the Redskins, and an Eagles loss to the Giants in order to make the playoffs, and win the NFC East division. Right now they are on the outside looking in.

With many teams still jumping around in seeding, and some teams in the AFC and NFC still fighting for a playoff spot, Week 17 should not disappoint when it comes to excitement, nerves, and good football!