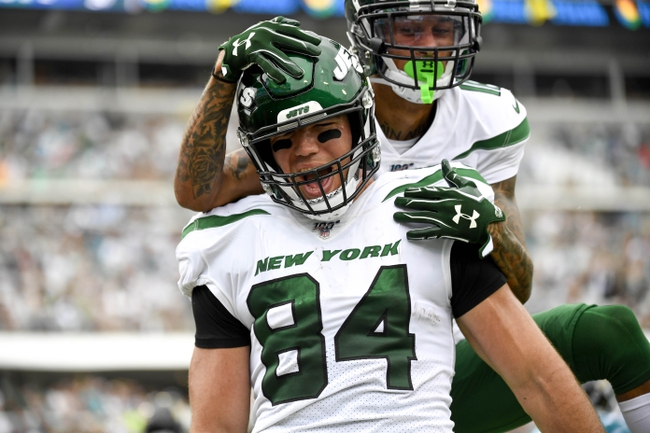 The New York Jets look to play spoiler after winning four of their last six games. The New York Jets have won their last three home games. Sam Darnold is completing 61.7 percent of his passes for 2,642 yards, 17 touchdowns and 12 interceptions. Darnold has two or more touchdown passes in four of his last five games. Robby Anderson and Jamison Crowder have combined for 1,436 receiving yards and nine touchdowns while Demaryius Thomas has 36 receptions. The New York Jets ground game is averaging 77.6 yards per contest, and Le’Veon Bell leads the way with 676 yards and three touchdowns. Defensively, New York is allowing 24.5 points and 328.6 yards per game. Jamal Adams leads the New York Jets with 64 tackles, Jordan Jenkins has seven sacks and Neville Hewitt has two interceptions.

The Pittsburgh Steelers have more to play for with their playoff hopes on the line, and nobody in their right mind would take Adam Gase over Mike Tomlin. However, I'm not laying chalk with the Steelers on the road as long as Delvin Hodges is the quarterback. The guy was absolutely awful last week at home against Buffalo, and the Steelers offense overall has scored 20 or less points in five of their last six games. The New York Jets have had recent success at home and would enjoy to end the playoff hopes of another AFC team. Give me the free field goal as more of a fade of the Steelers quarterback.