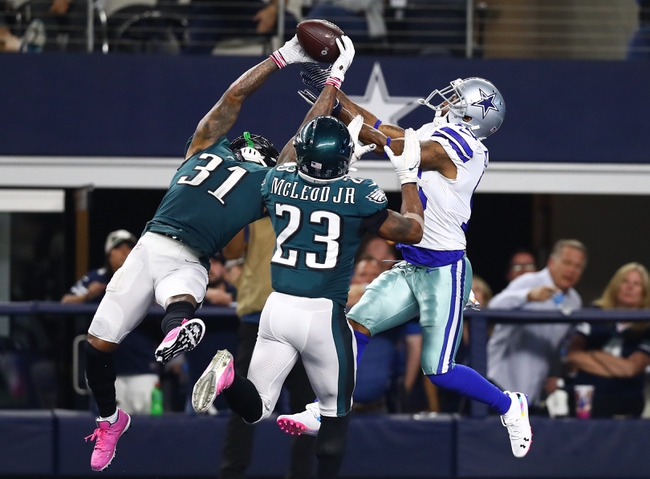 The Dallas Cowboys look for a win after splitting their last eight games. The Dallas Cowboys have lost four of their last six road games. Dak Prescott is completing 65.5 percent of his passes for 4,334 yards, 26 touchdowns and 11 interceptions. Prescott has three or more touchdown passes in seven of his last 18 games. Amari Cooper and Michael Gallup have combined for 1,984 receiving yards and 11 touchdowns while Randall Cobb has 45 receptions. The Dallas Cowboys ground game is averaging 134 yards per contest, and Ezekiel Elliott leads the way with 1,188 yards and 11 touchdowns. Defensively, Dallas is allowing 20.6 points and 323.6 yards per game. Jaylon Smith leads the Dallas Cowboys with 125 tackles, Robert Quinn has 9.5 sacks and Xavier Woods has two interceptions.

The Dallas Cowboys have won each of the last four games against the Eagles, including a 27-point beatdown back in October. The Cowboys also snapped out of their funk last week with a convincing win over the Rams. The Philadelphia Eagles are still banged up as all hell and needed late touchdowns to beat the Giants and Redskins the last two weeks. On paper and judging past performances, the Dallas Cowboys should win this game. The problem is this is pretty much a playoff game with the NFC East on the line, and we're getting free points with the home team. And besides last week, the Cowboys haven't shown us any reason in the last two months to lay points with them on the road. I'll take the points with the Eagles.