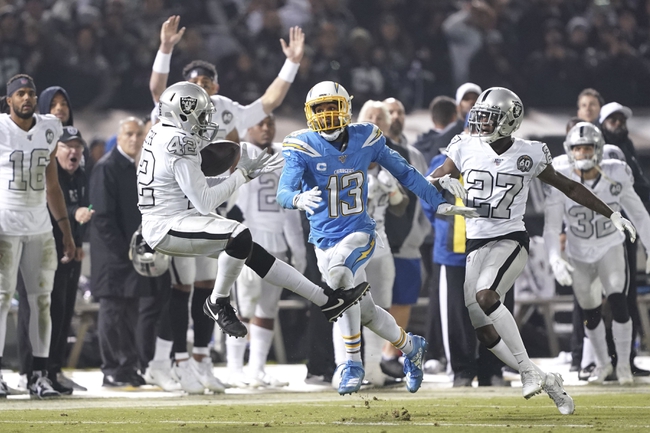 The Oakland Raiders just can't get out of their own way, as they looked like a possible playoff team last month and now you have to question their motivation after getting booed off the field in their last home game ever in Oakland. The Los Angeles Chargers have obvious issues of their own and it seems like every week they're in games that come down to the wire. It's not going to get better with Rivers throwing interceptions. Five of the last eight meetings between the Raiders and Chargers have been decided by three or less points. Give me the Raiders and the points.