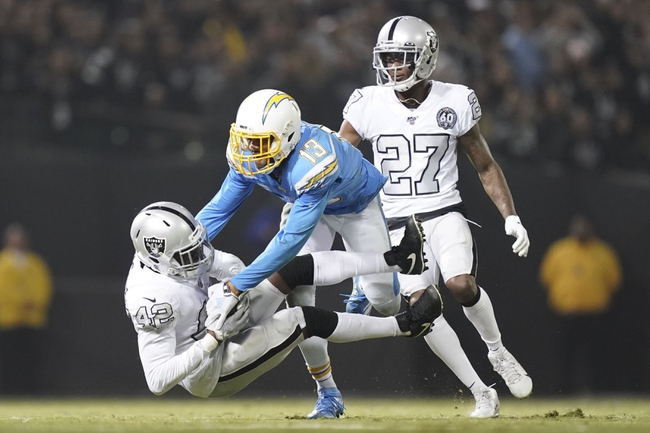 The Oakland Raiders and the Los Angeles Chargers meet in NFL action from StubHub Center on Sunday.

Oakland enters this one at 6-8 overall. The Raiders are currently riding a rough four-game losing streak, falling to the Jets, Chiefs, Titans and Jaguars during that stretch.

In the loss to the Jags, Oakland QB Derek Carr had 267 yards with a TD, and Darren Waller led the receivers with eight grabs for 122 yards. Joshua Jacobs rushed for 89 yards to lead the team there.

Over on the Chargers’ side, they’re 5-9 this year. Los Angeles is just 1-4 in the last five games, with a win over the Jaguars alongside losses to the Raiders, Chiefs, Broncos and Vikings.

In the loss to the Vikings, Chargers QB Philip Rivers put up 307 yards with a TD and three INTs, and Melvin Gordon added 28 rush yards. Keenan Allen was tops in receiving with nine catches for 99 yards.

The Chargers aren’t quite on that level of ineptitude, but they’ve got their own issues. The 10 points against the Vikings is a little unsettling, but they should get it back here in a cake matchup that will provide some revenge for that loss to the Raiders a few weeks back. I’m going LA. 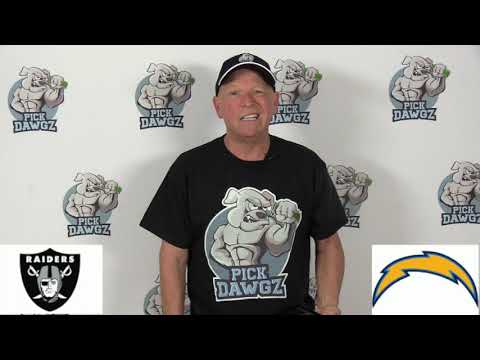