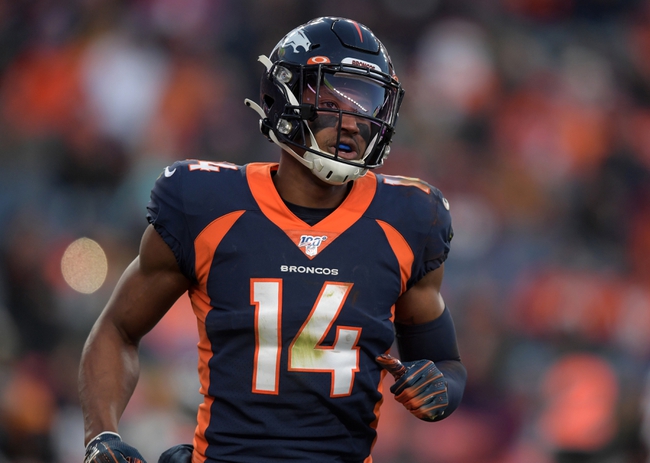 The Detroit Lions and the Denver Broncos meet in NFL action from Sports Authority Field on Sunday.

Detroit enters this one at 3-10-1 overall on the season. The Lions have lost their last seven straight, dropping to the Raiders, Bears, Cowboys, Redskins, Bears, Vikings and Buccaneers in that time.

In the loss to the Bucs, Detroit’s David Blough passed for 260 yards and two INTs, and Wes Hills had 21 yards rushing with two scores. Danny Amendola led the way receiving with 102 yards on eight catches.

Over on the Broncos’ side, they’re 5-9 so far. Denver had consecutive wins going versus the Chargers 23-20 and the Texans 38-24 but lost their last outing 23-3 to the Chiefs.

In the loss to the Chiefs, Denver’s Drew Lock posted 208 points with one INT, and Phillip Lindsay rushed for 32 yards. Courtland Sutton topped the receivers with 79 yards on four catches.

Defensively, Detroit hasn’t really been that bad over their last six games. In that stretch, they’ve given up 24 or fewer points four times. Trouble is, the Lions offense has posted 20 or fewer points in five of those games, so it’s no surprise how those matchups have gone.

As for Denver, they’ve been pretty bad scoring as well, but they’ve had a couple of decent games here and there. There’s not much to like about this game, but I’m leaning toward the Broncos at home.