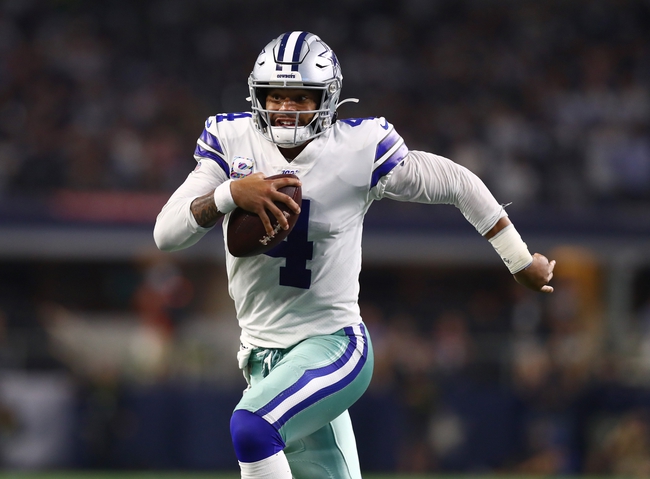 The Dallas Cowboys and the Philadelphia Eagles meet in a week 16 NFC East division matchup in NFL action from Lincoln Financial Field on Sunday afternoon.

The Dallas Cowboys will look to build on a 44-21 win over the Los Angeles Rams in their last outing. Dak Prescott threw for 212 yards and 2 touchdowns on 15 of 23 passing while Tony Pollard led Dallas with 131 rushing yards and a touchdown and Exekiel Elliott had 117 rushing yards and 2 TDs. Tavon Austin led the Cowboys with a 59-yard receiving touchdown while Jason Witten had 4 catches for 36 yards and a touchdown as well. Defensively, Jourdan Lewis led Dallas with 7 total tackles, including 6 solo tackles and a sack while Sean Lee had a sack and an interception as well. As a team, Dallas is averaging 434 yards of total offense and 27 points per game while allowing 323.6 yards of total defense and 20.6 points per game against this season.

The Philadelphia Eagles will look to build on a 37-27 win over the Washington Redskins in their last outing. Carson Wentz threw for 266 yards and 3 touchdowns won 30 of 43 passing while Miles Sanders rushed for 122 yards and a touchdown as well. Zach Ertz and Greg Ward Jr. each had 61 receiving yards and a touchdown with Ertz logging 5 catches while Ward Jr. had a team-high 7 grabs. Dallas Goedert added 5 catches for 55 yards while Sanders had 6 grabs for 60 yards and a touchdown and Boston Scott had 7 catches as well. Defensively, Nigel Bradham had a fumble recovery and Avonte Maddox had a sack while Rodney McLeod added a team-high 7 total tackles. As a team, Philadelphia is averaging 352.9 yards of total offense and 23.9 points per game while allowing 328.5 yards of total defense and 23.4 points per game against this season.