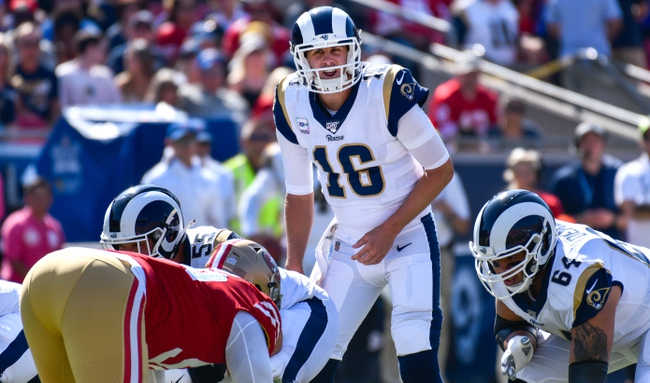 The Los Angeles Rams are a really confusing team, as one minute they're beating up on the Seahawks to save their season and the next they get dominated by a struggling and bad Cowboys team. It would be nice if the Rams made up their mind and decided if they're a good team or not. The San Francisco 49ers went from being a dominant 8-0 team to losing three of their next six games and seeing a shutdown defense give up 75 points in their last two games. The Rams need this game if they're going to make a run for the playoffs and they have the guys in the trenches to give the 49ers issues up front. I don't like what I've seen from the San Francisco 49ers defensively these last two weeks. Rivalry division game with a lot on the line. I'll take the free touchdown.