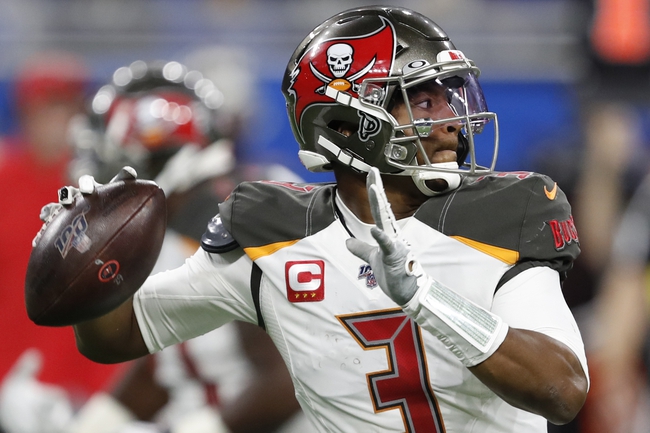 The Houston Texans and the Tampa Bay Buccaneers meet in NFL action from Raymond James Stadium on Saturday.

Houston comes in here at 9-5 overall. The Texans are 3-2 over their last five games, falling to the Ravens and Broncos while beating the Colts, Patriots and Titans otherwise.

In the win over the Titans, Houston’s Deshaun Watson tossed for 243 yards, two TDs and two INTs, and Carlos Hyde added 104 rush yards and a score. DeAndre Hopkins led the receivers there with six grabs for 119 yards.

Over on the Buccaneers’ side, they’re 7-7 this year. Tampa Bay is currently on a four-game win streak, taking out the Falcons, Jaguars, Colts and Lions during that stretch.

In the win over the Lions, Tampa Bay’s Jameis Winston put up 458 yards, four TDs and an INT. Chris Godwin caught five balls for 121 yards, while Breshad Perriman caught five for 113 and three TDs.

Houston sure does know how to make things interesting. The Texans’ last three wins have been decided by six points or less, but the important thing is that Houston has been taking care of their divisional opponents since the seven-point loss to the Colts back in October. Houston controls their own destiny atop the division, which is a great spot to be.

As for Tampa, they know they’ll be golfing during the playoffs, but they’ve shown some really great offensive potential over these last four games. I feel like this one is going to be super-close, but I think the Buccaneers can at least eke in there for a cover.