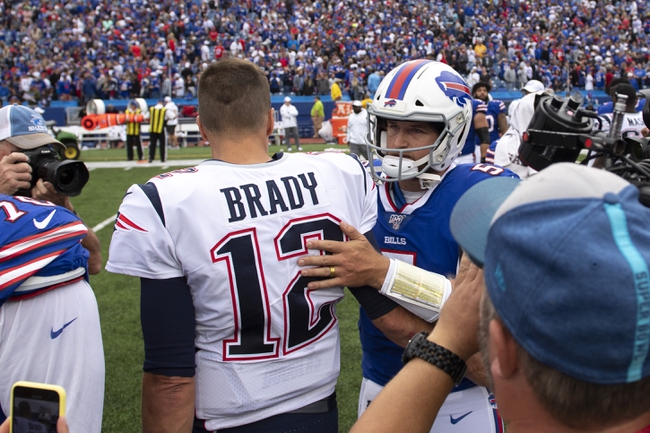 The Buffalo Bills look for another statement win after winning seven of their last 10 games. The Buffalo Bills have won their last three road games. Josh Allen is completing 59.3 percent of his passes for 2,876 yards, 18 touchdowns and nine interceptions. Allen has one or less touchdown passes in 18 of his last 25 games. John Brown and Cole Beasley have combined for 1,677 receiving yards and 11 touchdowns while Dawson Knox has 27 receptions. The Buffalo Bills ground game is averaging 134.9 yards per contest, and Devin Singletary leads the way with 729 yards and two touchdowns. Defensively, Buffalo is allowing 15.9 points and 291.9 yards per game. Tremaine Edmunds leads the Buffalo Bills with 104 tackles, Jordan Phillips has 9.5 sacks and Tre'Davious White has six interceptions.

I've been fading the New England Patriots for a while now and it seems like this team shows more and more flaws each week. Brady can't deal with pressure, his receivers have a hard time getting open and the defense hasn't been as dominant as it was earlier in the season. The Buffalo Bills may not be the sexiest team in the world, but they play old school football with a ground attack and defense, and they've not only won seven of their last 10, but they're 9-4-1 ATS on the season. The Bills also took the Pats down to the wire when these clubs met back in September. Give me my free touchdown.